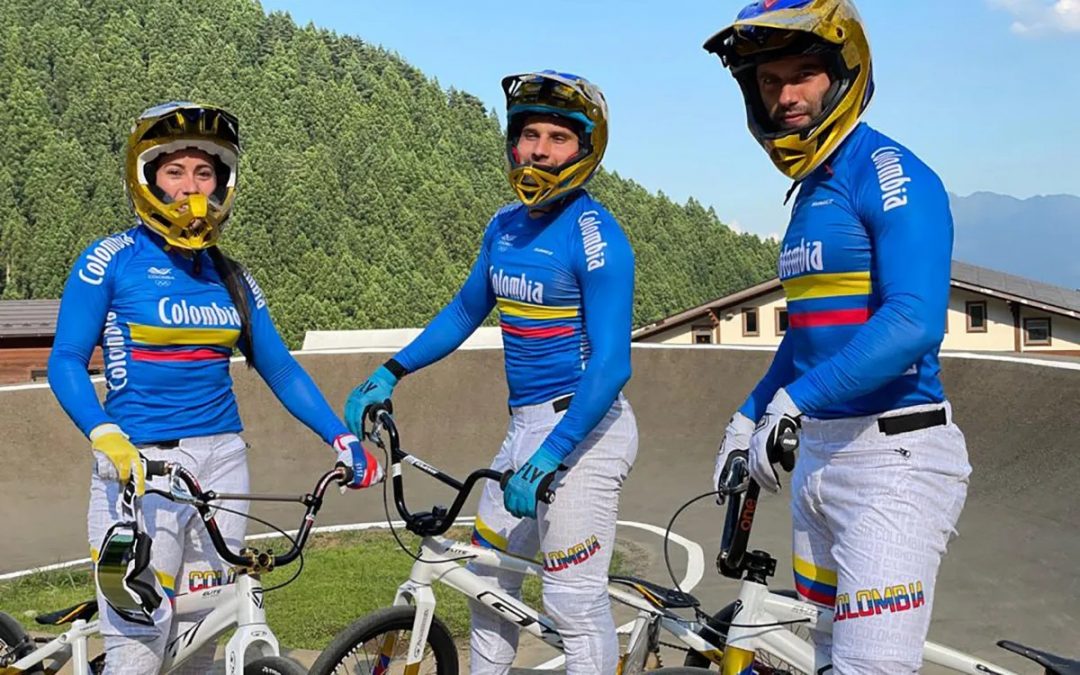 The two-time Olympic champion Mariana Pajón is already training in Tokyo awaiting the start of the Olympic Games this Friday, July 23, with the opening ceremony and official BMX competitions on Thursday, July 29 and Friday, July 30.

The national team is completed with the bronze medalist in Rio 2016, Carlos Ramírez and Vincent Pelluard, who advance their training sessions at the alternate track in the city of Chichibu, Saitama prefecture, almost 100 kilometers from the Ariake Urban Sports Olympic track. Tokyo Park, where this modality will be officially held.

Pajón, Ramírez and Pelluard aspire to repeat the great performances of the national BMX at the London 2012 and Rio de Janeiro 2016 Olympic Games, in which Colombia accumulates two crowns on Pajón’s account and a couple of bronzes, one of them on the chest of Carlos Ramírez has been on Brazilian soil for five years.

Mariana Pajón is the standard-bearer of the national delegation for this Olympic competition and arrived in the Japanese capital last Sunday, accompanied by her brother, Miguel Pajón, and Carlos Mario Oquendo, her partner in the BMX cycling team.

In one of the initial video fragments that the cyclist posted on her social networks, she recounted the rigorous procedures experienced by them at the airport, with multiple lines that they had to do as part of the checks and security measures in the Japanese capital, in the middle of prevention due to COVID-19.

However, she considered that any measure may seem small, since she was infected with this virus and had to interrupt part of her preparation for this four-year appointment, which is one of the figures most followed by the specialized press.

“This is everyone’s responsibility. If we neglect ourselves, a moment passes. I was off the slopes for a long time because of that illness. Take care of yourselves and those you love the most, ”said Mariana Pajón, an idol of Colombian sports for more than a decade.