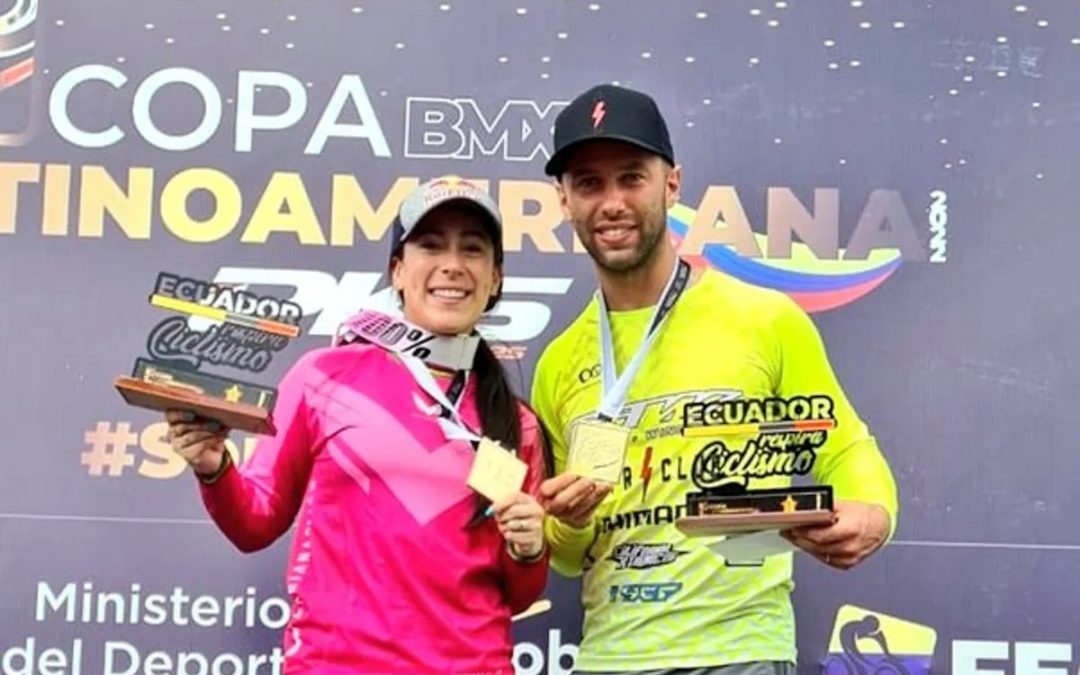 Colombian bike riders Mariana Pajón and Vincent Pelluard were crowned champions on the first day of the Latin American BMX Cup held in Guayaquil, Ecuador, a nation that added seven podiums, including three gold, two silver and the same amount of bronze; while for this Sunday they hope to increase this booty.

The Colombian delegation won two gold medals, two silver medals and one bronze medal in the elite, sub-23 and Junior categories, at the Francisco Jiménez Buendía complex in Guayaquil. The Olympic champion Mariana Pajón kept the gold medal, escorted by her compatriot Laura Órdoñez and the Ecuadorian Karla Carrera, second and third, respectively.

In the men’s branch, elite category, the Colombian-French Vincent Pelluard took first place. The medal table was completed by the Ecuadorian Wilson Goyes, who took second place and the third place was occupied by the Brazilian Franklin Vasconcelos.

In the men’s sub-23 category, the Ecuadorian Josué Álvarez became champion. He was accompanied on the podium by the Chilean Benjamín Vergara, in second place, and the Colombian Daniel Castro, in third place.

Among the juniors, Ecuador swept the boys. The locals Bruno Santa Rosa, Fernando Silva and Juan Espinoza took the three medals at stake. And in the ladies, the Ecuadorian Doménica Mora was the champion. In second position was the Colombian Sofía Díaz and third was the Chilean Valentina Vergara.

The Latin American BMX will continue this Sunday, March 6 with the second round at the Francisco Jiménez Buendía complex in Guayaquil.