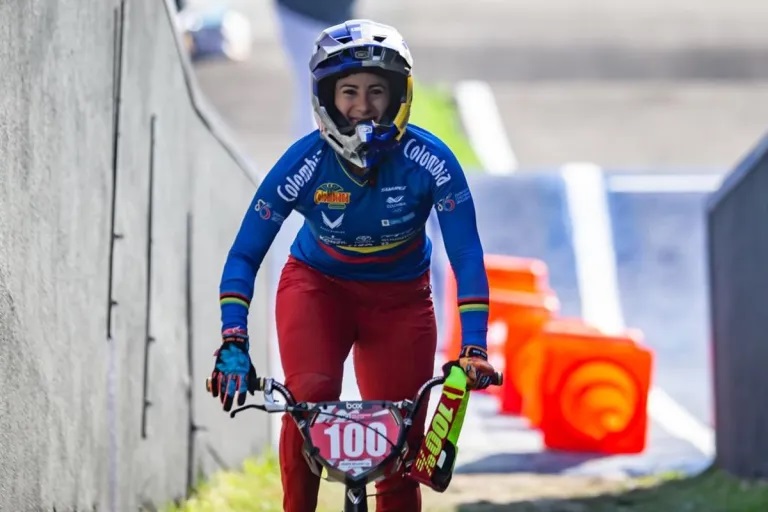 The three-time Olympic medalist and recent general champion of the Supercross World Cup, the Colombian Mariana Pajón, will be the most followed figure in the upcoming Pan American Championship and the South American BMX event, which next weekend (13 and 14 November ) will take place in Lima, Perú.

“I will be there because I want to compete on my continent, where BMX has grown a lot and I feel committed to that. In addition, Colombia will have a very strong delegation with the aim of winning the event, ”Pajón declared to various media in her country.

The competition in Peru has already confirmed the presence of more than 300 cyclists from 10 countries: Colombia, Peru, Argentina, Bolivia, Brazil, Chile, Ecuador, the United States, Guatemala and Venezuela, and will be held at the Pan-American Sports Complex of the Costa Verde in Lima, where this modality was carried out in the Pan American Games of Lima 2019.

The most select of this specialty will meet again in Peruvian territory for the Latin American event that returns after two years, and in which Colombia will have the presence of a large number of runners: 22 from the elite category and 99 from the challenger . This competition CC and C1 are valid for the personal score of each rider before the International Cycling Union (UCI).

In addition to Mariana Pajón, the Colombian delegation will have two stars such as Vincent Pelluard and Diego Arboleda, the latter winner of the penultimate for the Supercross World Cup, played in Sarkaya, Turkey. “We want to close the year well and do things well. We are going to enjoy it and enjoy it as it should, ”said Arboleda.

Along with Pajón, Arboleda and Pelluard, the main references of the selection, there are also young talents of great process such as Juan Camilo Ramírez ‘Goofy’, María Camila Restrepo, Ana Sofía Cadavid, Juan Esteban Naranjo, Manuela Martínez, Santiago Santa and Mateo Carmona. The great absentee will be Carlos Ramírez, double Olympic medalist and winner of the sixth valid World Cup in Turkey, he will be one of the great absentees of the contest.

On Thursday and Friday the general recognition of the track will be held. On Saturday the Pan American Championship will be played starting at 11:00 in the morning, while on Sunday the competition program with the South American will conclude, which will open its competitive schedule at 10 in the morning.