Mariana Pajón continues in the reign of BMX 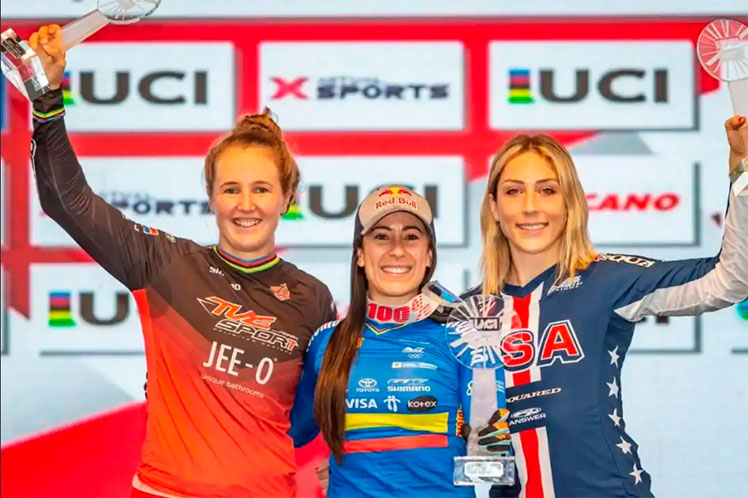 Colombian Mariana Pajón, double Olympic monarch and qualified as the queen of BMX, won the crown of the 2021 UCI Supercross World Cup on October 31, the last of which were held this weekend in Turkey.

After six years, Pajón signed her third general title (2013, 2015 and now 2021) after achieving third place in the final of the eighth valid disputed on the modern Sarkaya track, highlighted the Colombian Cycling Federation (FCC) .

The Colombian stayed with the Dutch Laura Smulders and the American Felicia Stancil, with the aim of always being among the best and in this way she accumulated 815 points, enough to achieve the goal of the season, the FCC pointed out.

Ramírez, for his part, came as leader to the last day of competition in an open duel against the Swiss Simon Marquard, who finally, thanks to his victory in the final, was awarded first place overall with a total of 740 points.

The double Olympic medalist added 675. Vincent Pelluard finished in fourth position with 632 points and Diego Arboleda – winner of the valid seventh and second in the eighth – was sixth with 575.

In the sub 23 category, the Ecuadorian Cristhian Castro finished with bronze by counting 485 cards in the eight phases of the event; while Argentine Francesca Cingolani was the fourth best among the ladies under 23, after not participating in the seventh and eighth phases in Sarkaya, Turkey.