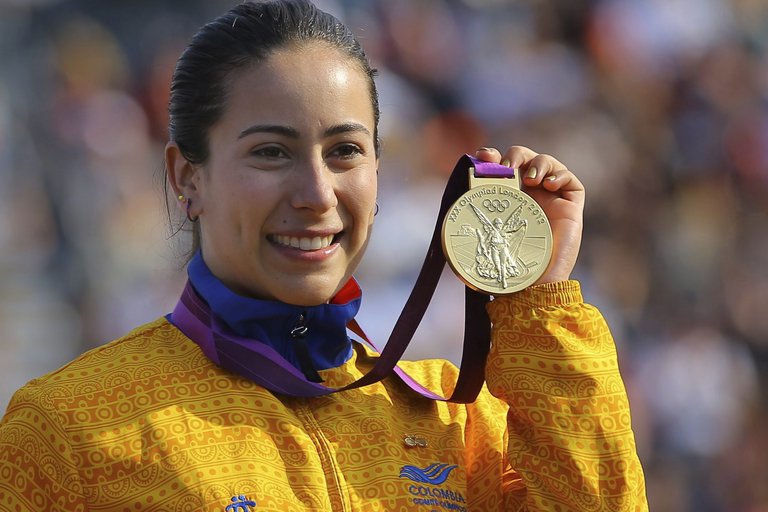 Mariana Pajón, two-time Olympic BMX champion, heads the list of the local team that will represent Colombia in the BMX World Cup, which will be held on May 29 and 30 at the Parque El Salitre track in Bogotá.

This was announced by the Colombian Cycling Federation when reporting the Colombian BMX Selection in which Carlos Ramírez, Olympic bronze in Rio de Janeiro 2016 and other of the great world figures of this modality also appears.

Along with Pajón and Ramírez Diego Arboleda, Vincent Pelluard, Santiago Santa, Juan Camilo Ramírez and Gabriela Bolle were announced. The latter will represent Colombia in the under-23 category, and she returns to the selection call after overcoming a ligament injury.

In the elite category, on the part of men, are Carlos Alberto Ramírez, Diego Alejandro Arboleda and Vincent Pelluard. While Juan Camilo Ramírez and Santiago Santa will make up the sub 23 men’s team.

Officially, the BMX World Cup program begins next Friday, May 28, with the official training sessions for each delegation. And next weekend the teams will compete in the knockout and final tests.

The World Cup will be the last competition prior to the Olympic Games and will be preparatory and selective for the World Championship that takes place in Papendal, the Netherlands, from August 12 to 22.

The best cyclists in the world will participate in this event and it is key because it is the only qualifying competition for the Olympic Games after the first two rounds of the World Cup that were to be played in early May in Germany were canceled due to the coronavirus pandemic.

Unlike the Track Cycling World Cup of Nations, which was postponed by the International Cycling Union due to the pandemic and the day of protests that complete more than 20 days in the country, the BMX World Cup continues.

Taking this into account, the Colombian representation in the BMX World Cup is as follows: