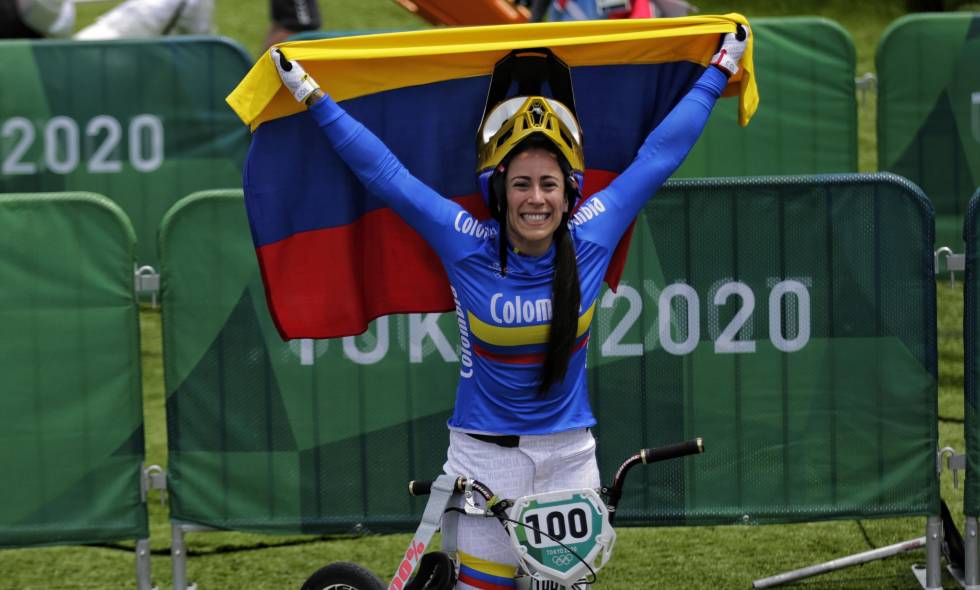 The triple Olympic medalist, Mariana Pajón, heads the group of 19 cyclists who were called to form the Colombian Andean National Team in the Championship and Challenger categories, to represent the country in the Pan American BMX Championship, which will be held on the international track in Santiago del Estero, in Argentina, this Saturday 10 and Sunday 11 September.

In Champiosnhip, the national team that will be under the command of Germán Medina will be made up of 11 athletes, led by Pajón, who has just finished in fifth place at the Nantes World Championship. Along with her will be in the elite category Gabriela Bolle, the national champion of the 2022 season, Diego Arboleda and Mateo Carmona.

In U-23, the national champions Valentina Muñoz and Samuel Zapata will compete, as well as Juan Camilo Ramírez, who arrives as the current world runner-up in the category, after winning the silver medal in the French competition.

Finally, in junior, the representatives of Colombia will be the national champions of the category Sharid Fayad and Juan Pablo Chaparro, and the finalists in Nantes 2022 Isabela Carranza and Santiago Santa, who placed sixth and seventh, respectively.

For its part, in Challenger, the PAD Advanced Development Project team, led by Cesar Acevedo, will be made up of eight athletes, who managed to reach the finals of their respective categories in the last World Cup.

For the BMX Racing Continental Championship competitions, more than 300 riders from 10 countries have been confirmed, who will compete for the medals in a closing season that will give points for the Pan-American, world and Olympic ranking.