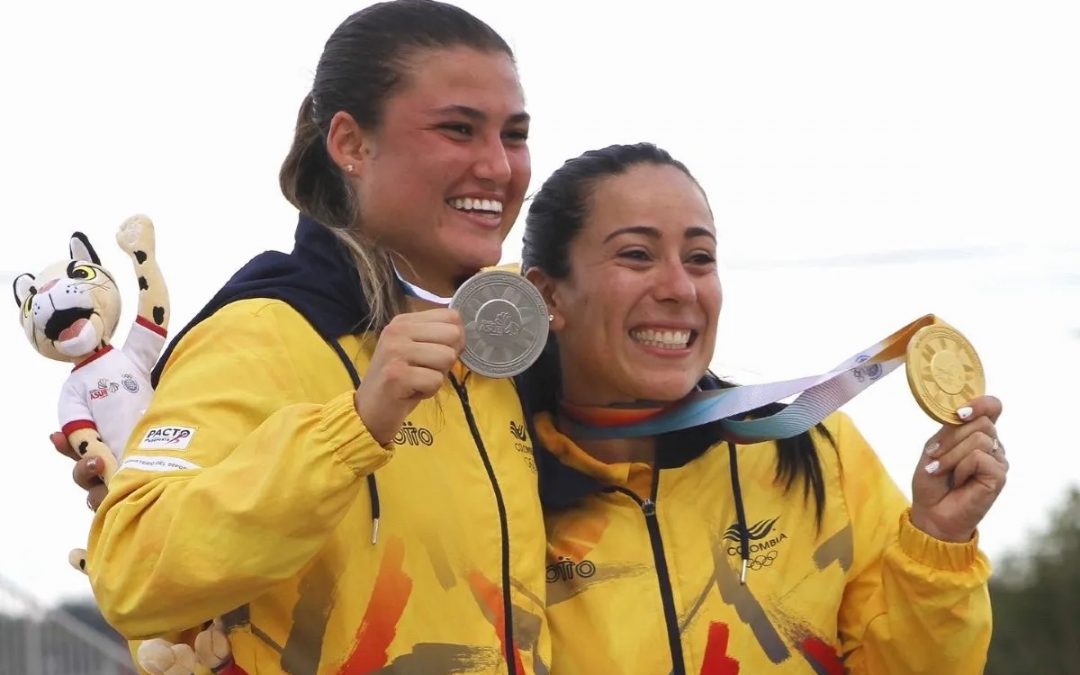 The triple Olympic medalist, Mariana Pajón, reigned again in BMX in South America by winning this October 14 in Asunción 2022. The Antioquian biker, who won the first two heats and secured her third gold in the South American Games.

The triple Olympic medalist managed to impose her conditions in the individual event held on Paraguayan soil after her compatriot Gabriela Bollé Carrillo was unable to overtake her and thus ended the race amid celebrations and gestures of affection before the cameras of Panam Sports, the chain in charge of the television broadcast of the 2022 South American Games.

From the beginning of the decisive race, the triple Olympic medalist showed all her experience and took advantage of her opponents, whom she was surpassing with the passing of the banking. In the end, she crossed the finish line very close to her compatriot and the third in the test, the Argentine runner Agustina Cavalli.

It should be noted that Mariana Pajón arrived in Asunción after winning the eighth round of the BMX Racing World Cup of the International Cycling Union (UCI) and the Valledupar Bolivarian Games on October 2 with another gold medal in her history.

At the end of the race, Mariana Pajón spoke to the media and in the midst of the euphoria unleashed by her victory, she declared: “This medal means a lot to me, each one of them has a special meaning. It is the fifth gold in South America. Eight years ago I was not in a South American Games, so I was looking forward to these events with great anticipation

“I still don’t know if I’ll be in the next games, for now I want to enjoy myself. This was a race that I did not have in my plans, but we fulfilled it”, she commented.

Gabriela Bollé Carrillo gave some words of encouragement and celebration with the Queen of BMX on her eighth gold medal in some South Americans and thus she celebrated the podium: “I am happy to get this medal. In 2018 I left blank and longed to get a medal. What a joy to be able to get it next to my teammate, Mariana Pajón. The way is long. We have our sights set on Paris 2024 and there is still a long way to go before we are given that goal. The other year I hope to be in the entire World Cup circuit, the World Cup, the Pan American Games, races in which we hope to represent our country at the top”.

In the men’s branch, the Argentine Exequiel Torres dominated at will, ahead of the Colombian Diego Arboleda and the Ecuadorian Wilson Goyes. “It was a tough competition, but I am very happy to have given this gold to my country because it was a gift that I promised my fans and my family,” said the champion.