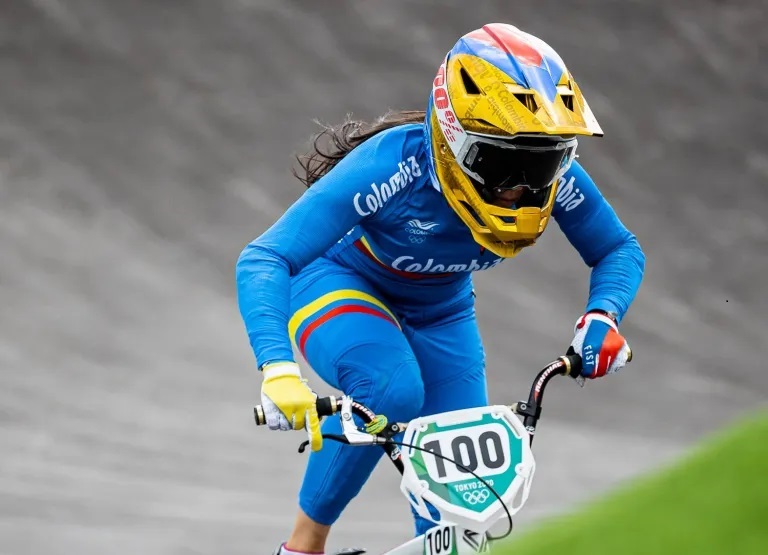 Complying with a brilliant performance from the quarterfinal stage, in which she triumphed with total authority in all three rounds, Antioquia bicrocista Mariana Pajón presented Colombia with the SILVER medal this Thursday in the women’s BMX test of the Olympic Games Tokyo

Pajón, who in London 2012 and Rio 2016, hung the gold medal, was a great protagonist in the tight and spectacular final, won by the British Bethany Shriever who took a notable triumph and gold medal, by narrowly beating the Colombian Mariana Pajón, who forced the definition until the last meters and climbed to the second step of the podium confirming her great validity in this discipline, followed by the Dutch Merel Smulders who was a Bronze medalist.

The main exponent of BMX in Colombia, gave Colombia in this way the second silver medal in the Japanese Olympiad, after an emotional test held on the Colombian night this Thursday, on the extensive and complex track in Tokyo, in which the rain appeared, prior to the start of the competition.

In the first round, the great Colombian star of the modality who did not have a showy game, starred in a monumental comeback and after dodging a fall in the back of the group prior to the first cant, he reached the point, to cross first with a huge superiority.

In the second round, again Mariana shone in all her splendor and crossed the finish line first, while in the third round, which she reached classified and thinking about the final phase, she occupied fifth position, thus confirming what was done on the day. earlier, in which he won all three of his qualifying rounds.