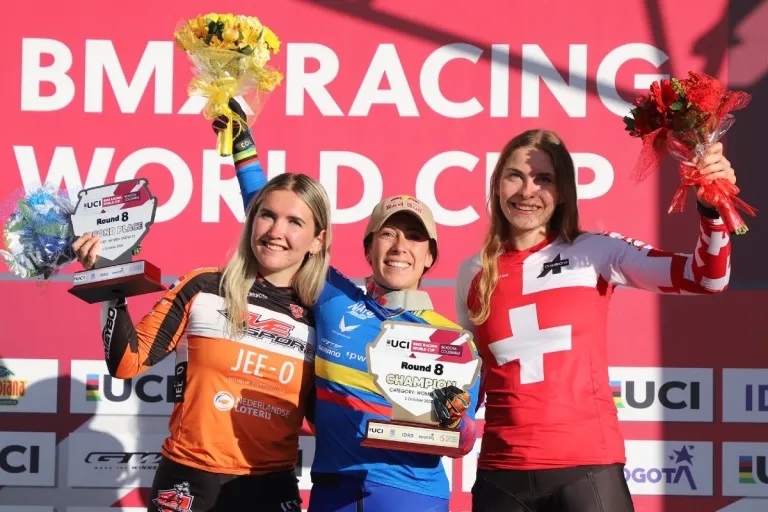 The Queen of BMX, Mariana Pajón, was once again the protagonist at the BMX World Cup, which was held in Bogotá. The Colombian biker once again showed all her class to consecrate herself as champion of the valid eighth and add another gold medal to her extensive list of winners.

The Colombian triple Olympic medalist, who has been recovering little by little from the physical discomfort that has afflicted her in recent months, did not disappoint and showing all her class, she climbed to the top of the podium in the Bogota capital.

The rider from Antioquia, who added 14 victories in valid World Cups, beat Merel Smulders, from the Netherlands, and Zoé Claessens, from Switzerland, also setting the best time over the weekend.

Pajón, who scored important points for the Olympic Games in Paris, was very happy with her victory. “It’s a very special day. I haven’t felt like this in a long time. I haven’t done something like this for about two years. I am very happy that it was here. People don’t realize why one goes through, the indecisions, the doubts, those internal wars and in the end it was all worth it,” said the Colombian athlete.

The woman from Antioquia will travel to Asunción in the next few days to compete in the South American Games in Paraguay on Friday, October 14, at the Asunción Olympic Park, where the BMX Racing competitions will be held, in which Colombia will have Mariana Pajón, Gabriela Bolle, Diego Arboleda and Mateo Carmona.