MARIANA PAJÓN, THE BEST SPORTSMAN OF AMERICA IN THE ANOC AWARDS 2019 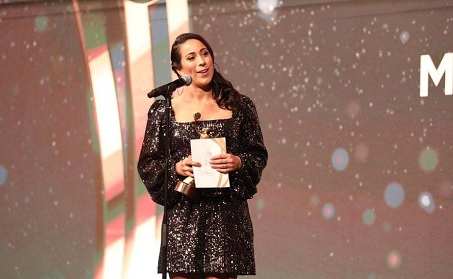 BOGOTÁ. The multiple world champion and double BMX Olympic gold medalist, Mariana Pajón Londoño, received the Best American Athlete of the Year award for the Association of National Olympic Committees (ANOC) on Thursday, at the gala held in Doha , Qatar.

The gold medal of the Pan American Games of Lima 2019, after almost a year of inactivity due to injury, was decisive in the election of the Colombian as the best in America, an award that among the men was taken by Cuban boxer Julio César La Cross.

“It’s amazing, for me it’s a big surprise, because there is a very large and very talented group of athletes around our continent, so this award is a motivation for what is coming,” said Mariana Pajón.