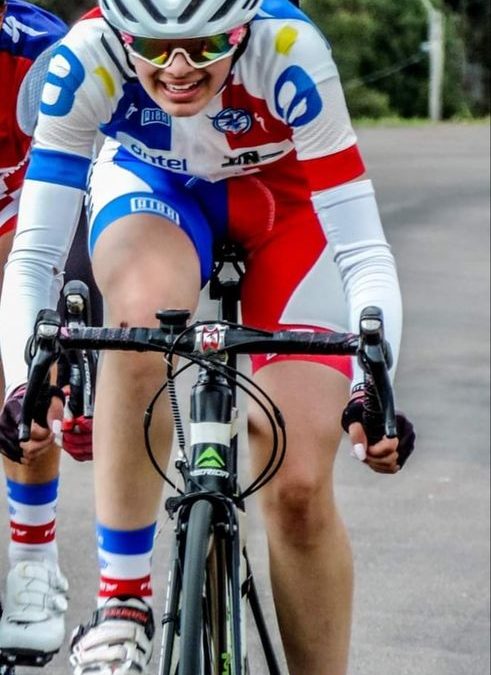 Maribel Aguirre, the San Juan cyclist, is in Uruguay competing in the traditional test called Routes of America Feminine and Youth 2020.

The first stage took place this Friday, where Maribel won the victory after pedaling the 60 kilometers of route. This test, which today had the first day, will also be run on Saturday and Sunday and will bring together one hundred female competitors.

The charrúa contest offers a team race and four stages. Three of them will be online and one individual time trial. As reported by the organization, one hundred pedalboards will be the protagonists of this second edition for the ladies (and which will also be the first for Youth)

Each of the tests takes place in the city of Maldonado, located 125 kilometers from the capital Montevideo. Today a stage was run, which the San Juan cyclist won, on Saturday there will be two and the last on Sunday.

This Friday’s race had a mileage of 60 km. The test was practically mountain and culminated in the vicinity of Cerro San Antonio Piriápolis, where Maribel Aguirre won the competition representing the Fénix Cycling Club, her teammate came second, a historic one like Fabiana Granizal and third Carla Moncher (Alas Rojas de St. Lucia).

The second stage will be in the morning, but on Saturday 7. The cyclists will run 50 laps on a closed circuit from 9:30 am. Time later it will be the turn of the ‘chrono’. The stage will begin at 4:00 p.m. and is expected to be 5 kilometers. Finally, the fourth race will be held on Sunday, but in the morning. The 90-kilometer game will start at 8:15 am. Finally, the respective final awards will be held at 1:00 p.m. on the dot.