Maribel Aguirre gets her first podium in Europe 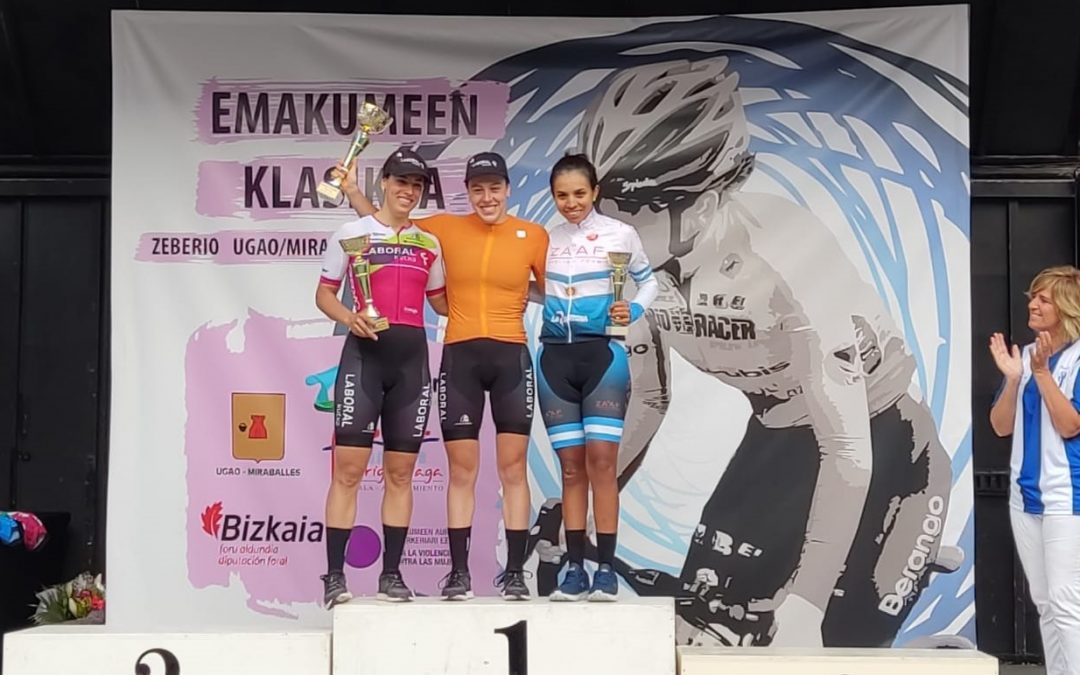 Great weekend lived the cyclist from San Juan Maribel Aguirre. In her third competition wearing the colors of Zaaf Cycling, she finished on the podium, with a well-deserved third place for the current Argentine road champion.

The competition was held on Saturday, in the Greater Bilbao area, purely Basque lands. Within the framework of a cycling calendar, made up of several dates, the last weekend was called “Emakumeen Klasikoa”. From 4:00 p.m. (in Argentina), around 100 cyclists, from various teams (and categories), gathered at the starting line.

About the route, it is worth noting that it was quite demanding. It was around 90 kilometers and not everything was on flat ground. There were ports of height of second and third category. A mix of mountain area with urban spaces.

Post-race, the woman from San Juan commented on the strategy used. She was part of an escape, which took place over 15 kilometers, and Aguirre managed to stay until the end.

The sensations that remained in the sanjuanina were very good. “I am very happy to have achieved my first podium in Europe. It is a great motivational boost, to continue on this path”.

Her next challenge will be at the other end of Spain. She from the Basque Country will travel to Barcelona to run the reVolta (third edition) on Sunday.