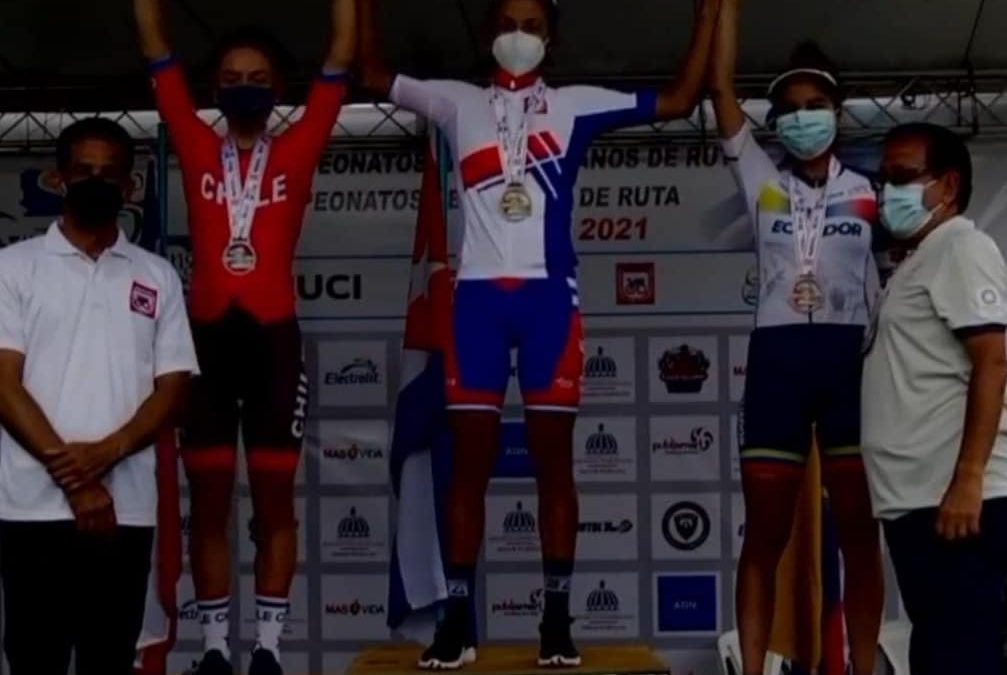 Santo Domingo.- The golden return of the Cuban Marlies Mejías and the two titles for Colombia and captured the attention on the first day of the Pan American Road Cycling Championship, which is held in this city until Sunday 15, with the incentive of offering places for the I Junior Pan American Games, in Cali.

The Cuban Marlies Mejías dominated the 20-kilometer individual time trial, elite category, with a time of 27:38 minutes and in this way she made a return to the official tournaments after her maternity period. “I am very happy and I want little by little to recover each of the awards that I managed to win,” the cyclist who reached the eighth Olympic place in the omnium in London 2012 declared exclusively.

Behind Marlies were the Chilean Aranza Villalón 40 seconds and the Ecuadorian Miryam Maritza Núñez 1:20 minutes. Of course, it was striking that among the nine participants, only the first three fell below 29 minutes on the Quisquey track, today in better condition after the passage of the tropical depression Fred.

The two golds from Colombia fell on Walter Vargas and Lina Marcela Hernández. The former dominated the elite category (49:09 minutes in 40 kilometers), ahead of the Chilean José Luis Rodríguez and the Panamanian Franklin Archibold. The Guatemalan Olympian Manuel Rodas was at the gates of the podium with a creditable fourth step.

In the case of Lina Marcela, in the sub-23 category, the race granted six places for the I Pan American Youth Games, which went to Abigali Sarabia (Bolivia), Romina Hinojosa (Mexico), Ana Gouveia and Vana Camargo, from Brazil, and Savka Hernández (Chile), in that order.

Similar expectation was in the men’s time trial for under 23s, won by Chilean Héctor Quintana (38:36 minutes in 30 kilometers). The rest of the tickets (which is for countries not by names) were obtained by Brazil, Colombia, Costa Rica and Mexico (2), thanks to the legs of Joao Pedro Rossi, Anderson Arboleda, Gabriel Rojas, Fabrizio Martínez and Carlos Rojas, respectively.

This Saturday will take place the start for the route of the Pan-American championship, category sub 23 in both sexes, where 10 places will be distributed for the men’s sector and 11 for the ladies, with which the 31 places that COPACI plans to deliver for the continental lid of fledglings in Colombia.

At the farewell on August 15, we will know who the new Pan-American monarch of the men’s route is, while a day later the delegations will return to their countries, also complying with the established health protocols.