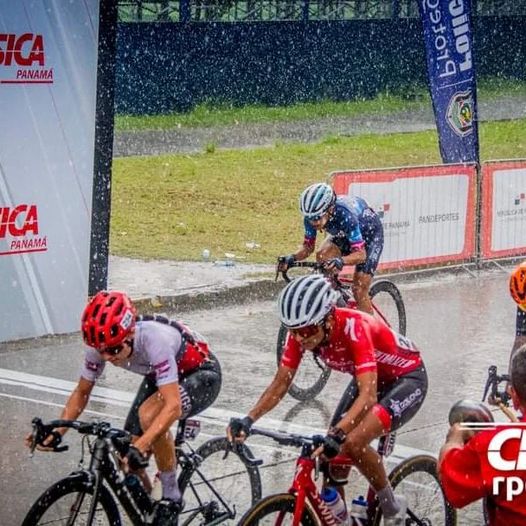 In a fast finish, the Cuban Marlies Mejías (Twenty 4) repeated her victory on the second day of the Clásica RPC in Panama critérium style, while the Colombian Bryan Gómez (Best Buddies Racing) did the same between the men and grabbed the biggest headlines and applause after completing several laps of a night circuit to the touristic Amador Causeway.

The general classification by points is still dominated by the Cuban Marlies Mejías (Twenty 4), who has two wins in the two disputed fractions.

At the nightly party for the sprinters, the American Best Buddies Racing squad celebrated by going 1-2-3. The Colombian Bryan Gómez fully fulfilled the work of his team and showed all his speed and comfortably won the sprint against two of his colleagues. Second came the Mexican Alfredo Rodríguez and the podium was completed by the American Daniel Estevez.

In the last lap of the day there were 17 runners left to define the fraction in a package in which the Medellín EPM Team arrived with three men Weimar Roldan, Oscar Sevilla and Brayan Sánchez, but it was the Best Buddies who took advantage of the superiority and with the sprinter Valle del Cauca Bryan Gómez had no problems beating his rivals.

“Yes, very happy with this victory, this is a type of race that we like to run, we are very used to this type of circuit, we showed the experience in this type of race and we did one, two, three. The important thing was to keep the lead with my partner, it was a complicated track, there are still two days left in the race and anything can happen. We feel very good, with good sensations, the truth is that I feel like I am running at home”, said the rider from Tulu at the end of the day.

The Panamanian round will continue this Friday with the third stage, a criterium again along the tourist Calzada de Amador, which will start at 12:30 pm Colombian time with the youth category.