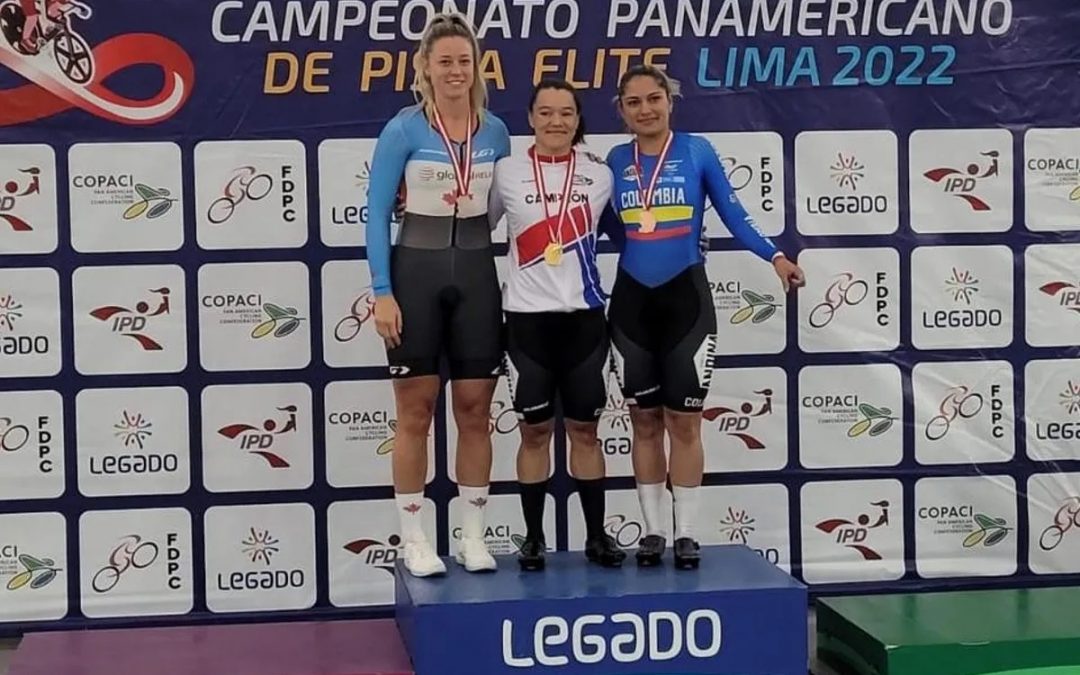 As one of the great news of the Pan American Track Cycling Championship will be the victory in the 500 meters time trial of the Colombian Martha Bayona over the Tokyo 2020 Olympic titleholder, the Canadian Kelsey Mitchell, in what constituted the first gold for the South American delegation in a fight that concludes this Sunday in Lima, Peru.

This was the first race to distribute medals on the penultimate day of the event, and only the two of them were able to get below the 34-second barrier. Bayona scored 33,463, by Mitchell 33,704; while in bronze was another experienced Colombian, Juliana Gaviria (34,491). A total of 20 runners participated in this popular modality, which also distributed quotas for the Pan American Games in Santiago de Chile 2023.

And another who does not give up his dominance in the speed tests is the Trinidadian Paul Nicholas, who reached three gold medals in this Pan American, by easily winning the Olympic speed over the Surinamese En Jair, for which he only needed two heats. For the discussion of the bronze among Colombians, Kevin Quintero dominated his partner Cristian Ortega.

The rest of the disputed tests were conquered by Canada, with the singular detail of the fourth gold medal for Sarah Van Dam, this time in the complicated and exhausting specialty of the Madison together with Lily Plante. They accumulated 73 units and widely left for silver and bronze the duets from the United States (29) and Brazil (20).

In the case of the women’s pursuit, the northerners climbed to the podium with gold and bronze, to the account of Adele Desganes and Ruby West, respectively. The silver went to the neck of the well-known Teniel Campbell, another of the iconic figures of Trinidad and Tobago cycling in recent years.

Finally in the dispute of the most complete cyclist, the Canadian Dylan Bibic was erected with the omnium title by dominating the last sprint of the points race, which defined the places of the event. The 132 points of the northerner were better by only three units than the Mexican Ricardo Peña, who was the virtual winner until that last package. Third place went to Venezuelan Ángel Pulgar (123), who incidentally contributed the first medal for his country in this continental Championship.

In this way, when only Sunday’s date with four finals remains, Canada dominates the medal table (11-3-3), followed by Trinidad and Tobago (3-1-1) and Barbados (2-1-0). A total of 10 countries out of the 19 participating in the event have managed to get on the podium, which demonstrates the quality seen in the VIDENA velodrome, although Canada has been the owner of the biggest prizes.