Martha Bayona: “I will try to continue dressed as a leader in France” 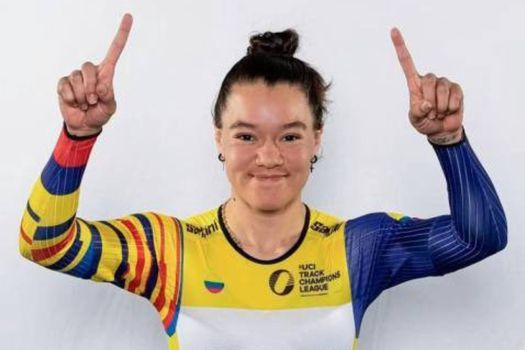 The leaders of the UCI Track Champions League, who will defend their blue jerseys in France, held a virtual press conference, prior to the start of the third stop of the year, of the five scheduled dates. The Colombian track player Martha Bayona gave her first impressions of what will be a new competition this Saturday.

“The leadership was not expected, the truth is that I arrived very well prepared to compete with the best in the world and I will try to continue dressed as a leader and I hope that more beautiful things happen in this new challenge in France”, said Bayona.

Likewise, the woman from Santander referred to the moment the Colombian delegation made up of Kevin Quintero and Santiago Ramírez is experiencing, who also had an outstanding participation in their second outing at the Berlin, Germany velodrome.

“We come with a very good process, very happy to be in France, I know that we are well prepared. We are all with good feelings. My teammates have shown that they are very well and are calm, trying to enjoy each test with the intention of being in the finals and we hope for good results”.

The third of the five scheduled dates of the Track Champions League will be held this Saturday, November 26, at the Saint Quentin En Yvelines national velodrome, in France, the scene that hosted the World Championship in October, in which Kevin Quintero hung the keirin bronze medal.