Martha Bayona set the gold and record for Colombia in the Nations Cup! 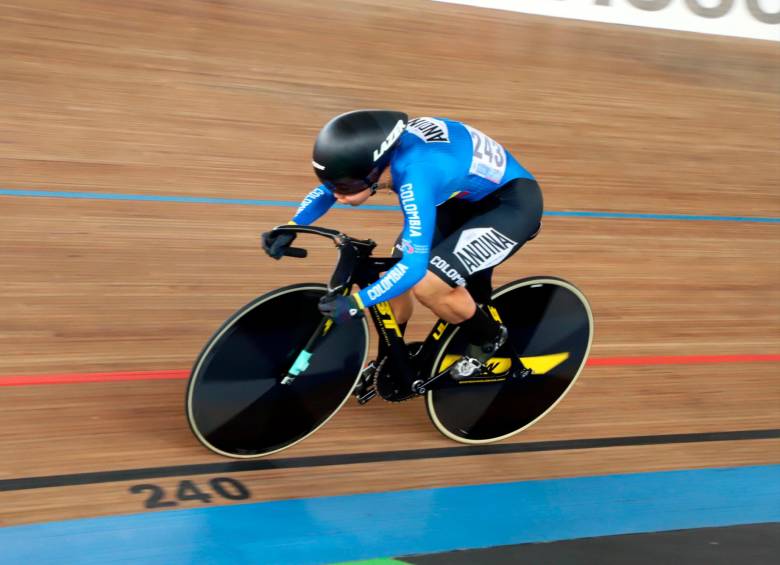 The runner of the Antioquia Cycling League record, Martha Bayona, won the gold medal in the 500 meter test with a stopped game in the UCI Nations Cup that takes place in Cali, where the third day of competition.

Ella Bayona gave the country the first gold medal on the track of the Alcides Nieto Patiño velodrome in Cali, with a time of 32.952, which became a national record. The podium was completed by two runners from China, Yuleng Guo who with a record of 32.957 took silver and Liying Yuan, bronze with 33.539.

The Santanderean cyclist ratified this Saturday her excellent form in the Valle del Cauca capital, by hanging her second medal in the contest, after her silver medal in the speed test. Also with the subtitle was the local Santiago Ramírez, in the kilometer against the clock.

In the first three days of competition, Colombia already has nine medals in total, one gold, three silvers and five bronzes, in the general medal table that is dominated by China, with three golds, and by Italy, second with two.

The UCI Nations Cup in its third stop, concludes this Sunday on South American soil, with representatives from more than 40 countries and which awards points for the world ranking in the different modalities of the track.