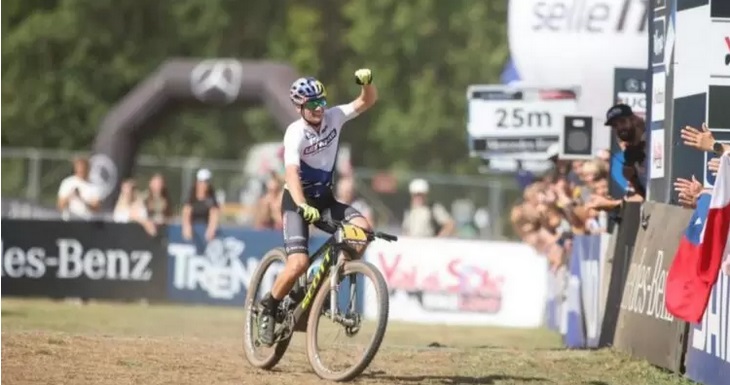 The rider did nothing more than confirm on peninsular soil, on the last date of the season, his spectacular performance this year on the Mountainbike circuit.

Vidaurre was the best in his category on the cross-country course in Italy and swept this 2022 by adding his eighth win in nine dates played. Dazzling performance by the 22-year-old mountain biking specialist, who is confirmed as one of the big names to follow in the coming years.

The Chilean crossed the finish line in first place with a 45-second lead over his closest pursuer, Spaniard David Campos Motos, and 50 seconds behind third, Brazilian Gustavo Xavier de Oliveira.

After this final date, the athlete will not stop training for his next great challenge, Paris 2024, where he wants to repeat this success but now in the great sporting event that being at the Olympic Games in France means.