Mauricio Quiroga left the victory at home, but Tivani about to be crowned in Formosa 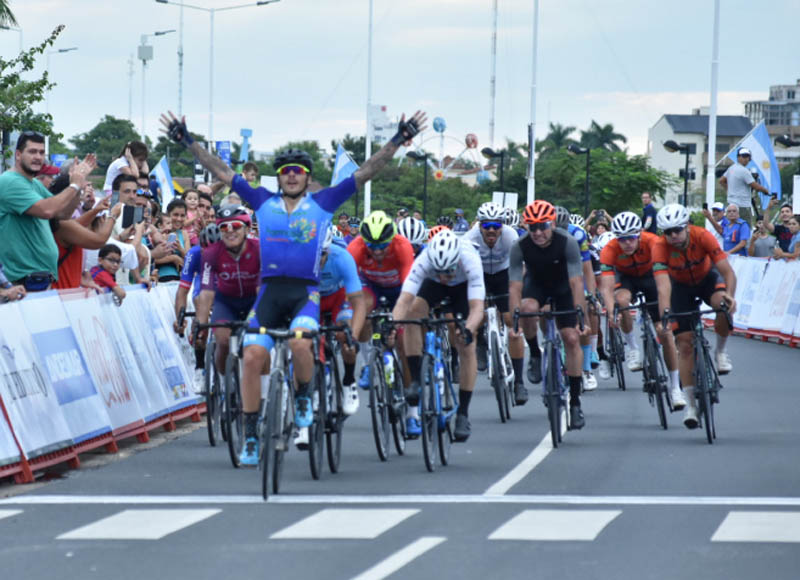 Much was at stake in the longest stage of the Vuelta Internacional a Formosa and although Mauricio Quiroga (Team Formosa Hemosa), beat German Tivani (Virgen de Fátima) in the final sprint, the second place rider from San Juan increased the difference in the general classification and this Sunday he can be crowned champion.

It was 175 kilometers from the starting point in Villa 213 to the Costanera of the city of Formosa. Many of the protagonists knew that it could be his last chance to hit the general classification led by Tivani. And so it was, because those who attempted an assault -albeit unsuccessful- were Laureano Rosas (Electro 3), Juan Pablo Dotti (SEP) and the Brazilian Egidio Da Rosa (Swift Carbon Pro Cycling).

Each attack was repelled by the peloton and once again Tivani came back strong at the flying goal, widening the lead over his supporters. In that package, the man from San Juan got into the middle of the Panamanians Christopher Jurado and Franklin Archibold to also consolidate himself with the green jacket of regularity.

The platoon reached the outcome all together. Mauricio outdid his wheel and only then could he beat Tivani, who thanks to bonuses increased the difference to 18 seconds against Colombian Víctor Ocampo, who suffered a fall within the last 3 kilometers and received the same time as the peloton.

This Sunday the first edition of the Vuelta a Formosa Internacional, UCI 2.2, will be defined; It will be with 19 laps of the Paseo Costanero urban circuit to total the final 98.8 kilometers of the route.