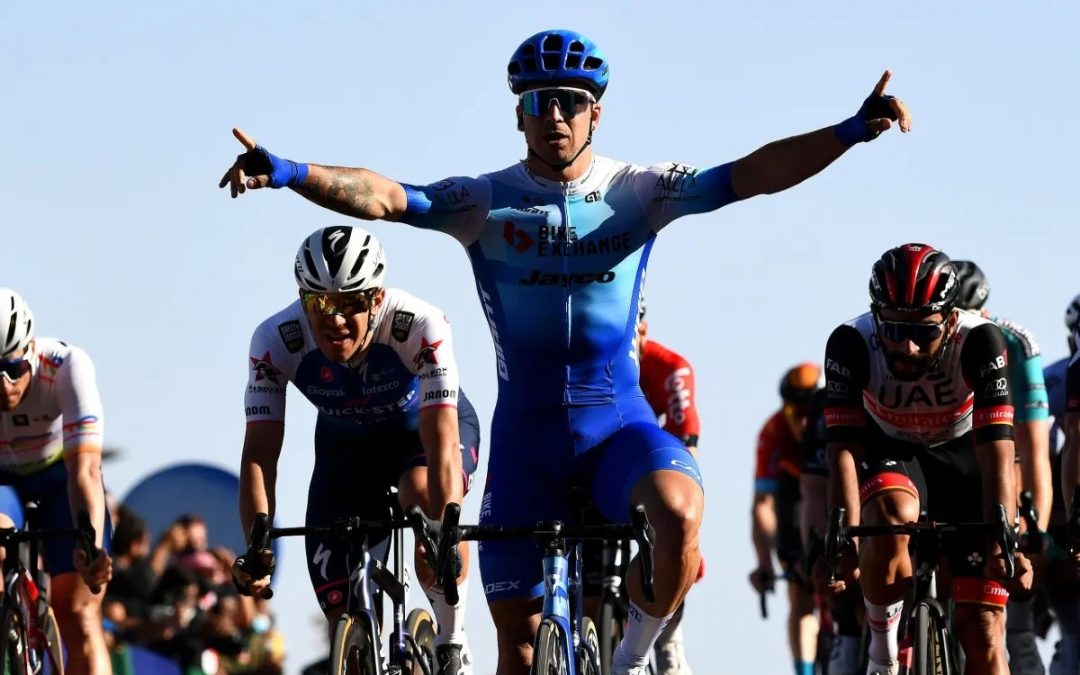 Third sprint finish, in which Dylan Groenewegen (BikeExchange-Jayco) took victory in the last stage of the Saudi Tour 2022, played on a circuit in AlUla Old Town over a 138.9-kilometre route on flat terrain. Maxim Van Gils, from Lotto-Soudal, the great champion.

The lot controlled the race in the final stretch, holding off attacks and leaving everything to the pack, in which the Dutch rider took the victory ahead of Britain’s Daniel McLay (Arkea Samsic) and Italy’s Davide Ballerini (Quick-Step Alpha Vinyl). . Colombian Fernando Gaviria (UAE Team Emirates) finished 4th.

As for the general, there were no major changes. In this way, Maxim Van Gils took the overall title. The Belgian climbed to the top of the podium, accompanied by the Colombian Santiago Buitrago (Bahrain Victorious), who was 2nd and the Portuguese Rui Costa (UAE Team Emirates), 3rd.

In the escape one by one it was yielding. First it was the Greek Tzortzakis, then the Norwegian Urianstad, followed by his compatriot Charmig. The last to surrender was the German Steimle, managing to survive until 10 km from the finish.

The wind did not threaten and allowed to have a massive arrival. With 3 km to go the Australian Caleb Ewan (Lotto-Soudal) had bad luck and fell behind the lot due to a mechanical failure. In the final sprint Groenewegen proved to be the fastest and took a double from the Saudi Tour.