MEXICAN CYCLING WILL DEFINE PLACES TO LIMA 2019 AFTER NATIONALS 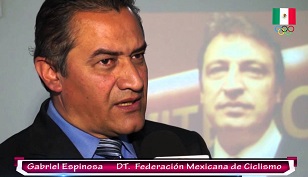 MEXICO. The Mexican cycling team will be defined in the second third week of June, after the National Championships in Track, BMX and Road heading to the Pan American Games Lima 2019.

Gabriel Espinosa, technical director of the Mexican Federation of Cycling (FMC), said that the selection process is still going on to culminate with the Nationals of each modality, where the names of the competitors will be known to the Peruvian regional meeting.

According to the FMC, Mexico has 23 passports, of which 16 are for track and route, which in turn 10 are for the male sector and six for the female branch; four in the mountains; two for men in BMX Racing and one for women in BMX Freestyle.

He said that so far only in mountain biking are official with the Central American monarchs Barranquilla 2018, Daniela Campuzano and Gerardo Ulloa, while the rest will leave the Nationals scheduled.

In this way, the National Track is scheduled in Jalapa, Veracruz, from June 12 to 16, where will be known to specialists in the background and speed. Then with the Route of the Center, from June 19 to 23 and the National Route in Tlaxcala, from June 27 to 30, the names of the modality will come out. While the BMX Racing, the National will be in Toluca in the first week of July and will define the two riders of a group of three and the BMX Freestyle is a competitor of Jalisco, which should continue with the process to be evaluated at the end. (Notimex)