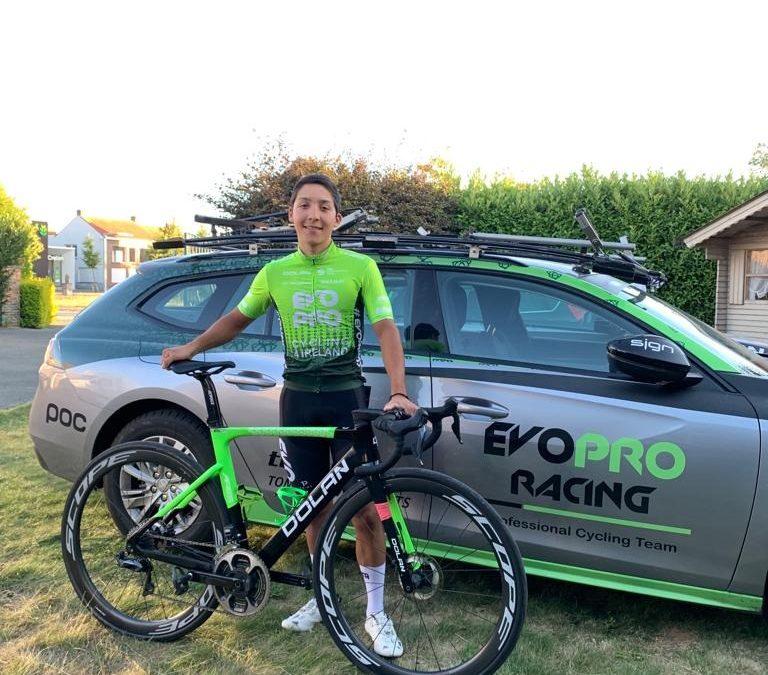 Due to his perseverance and results, the Mexican cyclist César Macías Estrada will ride the remainder of the year with the Irish continental team Evo Pro Racing, a group that fully trusts the enthusiasm, dedication and discipline of the rider.

In his first foray into the old continent as a youth and this year in his first test in the elite category, he settled in Belgium as a member of the Start Junior team first and in the Start later, from there he makes a jump to a new team, which also is established in the same country.

César is an impetuous and self-confident young man, leader of a generation of Mexican cyclists who are being recruited by different teams in Europe, especially from an important group that represents the Associated Cycling of the State of Guanajuato.

In addition to César, Carlos Santiago Rojas and Fabricio Martínez in the elite category they race on European lands and they are joined by Heriberto Quiroz of the Start Juniors team who already has five podiums so far this season.

For César Macías, a young man who will turn 19 next September, interesting things are coming and he will have to prepare little more than a dozen competitions in the remainder of the year.