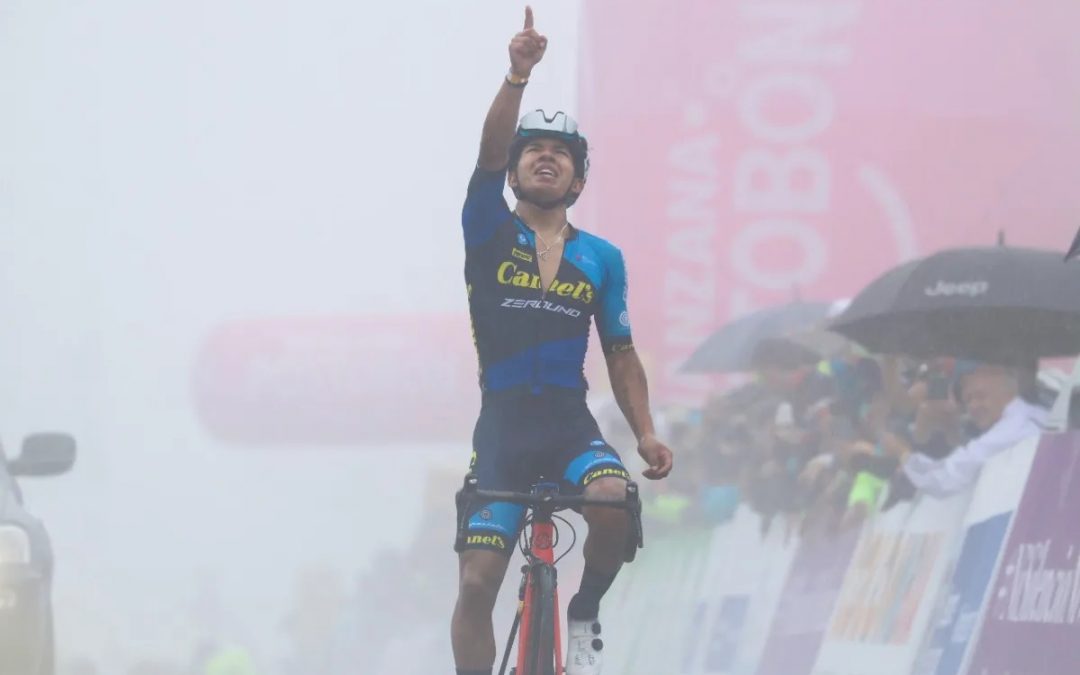 In an epic day that will go down in history, Edgar Cadena (Canel’s ZeroUno Mavic) won the seventh stage of the Vuelta a Colombia 2022, disputed between Mariquita and Alto del Vino over 140.4 kilometers; while the sub-23 runner Cristian Rico (Colombia Land of Athletes GW Shimano) saved the leadership of the individual general.

Cadena achieved his first UCI victory, with a brilliant action with six kilometers to go on the first category climb. Cristián Rico kept the lead, after recovering at the end of the part. The boyacense will be the leader with three stages to go with only 28″ over Hernando Bohórquez (EPM-Scott GO RIGO GO).

The day began with multiple attacks in the early stages of the race. With a strategic move, Team Medellín EPM launched three of its runners: Aldemar Reyes, Brayan Sánchez and Javier Jamaica One of the dangerous men in the general classification, Julián Cardona (Sistecrédito GW), also slipped into the advanced wheel.

On the way to Villeta, the escape maintained a considerable advantage of more than seven minutes with the big group. Transiting the seesaw between Villeta and la Vega, the breakaway continued to increase the advantage. Ahead Aldemar Reyes broke the peace again and counterattacked, ending the peace between the escapees.

In the final stretch, Edgar Cadena (Canel’s Zerouno Mavic) launched a withering attack that found no response from his fellow adventurers. The young Mexican rode solid until the end and celebrated alone at Alto del Vino.

This Friday the eighth stage of the Colombian round will take place, which will take place between Sopó and Somondoco, a mountainous route of 96.3 kilometers with two third category mountain prizes and a high finish. In total there will be 10 days of competition until June 12 with a total distance of 1,427 kilometers.