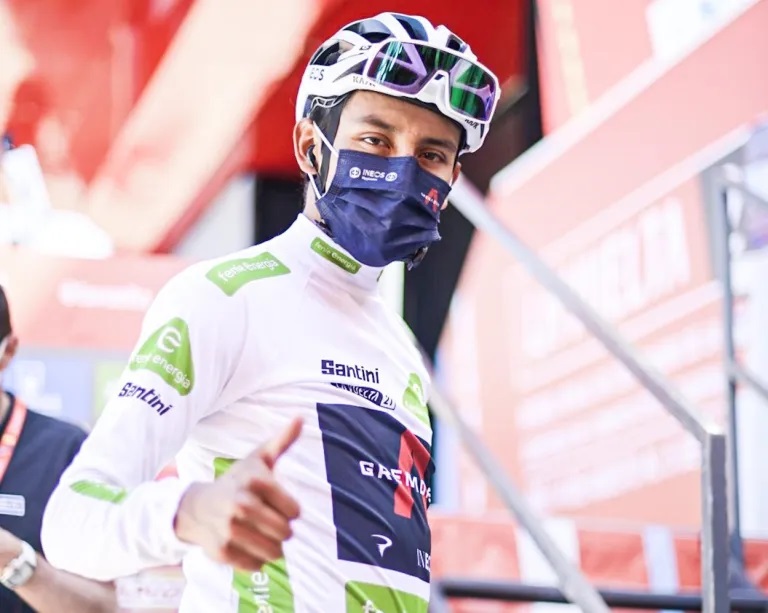 Colombian cyclists Miguel Ángel López (Movistar Team) and Egan Bernal (INEOS Grenadiers) continue to be the best riders in America in the Tour of Spain, after riding the fourth stage this Tuesday, won by Dutchman Fabio Jacobsen (Deceuninck Quick Stepde), ahead of the French Arnaud Demare (Groupama) and the Danish Magnus Cort (EF Education).

Both riders appear among the top ten of the individual general led by Estonian Rein Taaramae (Intermarché), despite having suffered a fall two kilometers from the finish line in the fourth segment, run over 163.9 kilometers between El Burgo de Osma and Molina de Aragón.

López marches in sixth position 51 seconds behind Taaramae and Bernal is anchored in ninth place at 57 seconds. By the way, in the case of the latter, it is at the forefront in addition to the classification of the youngest of the cycling event with a total time of 13:09:48 hours.

Another Colombian, Juan Sebastian Molano also stands out for the region by occupying the fifteenth place in the points classification with 18 as part of UAE Team Emirates, the latter at the head of the groups.

In the individual general, three Ecuadorians appear among the 50 of the avant-garde with the Olympic champion Richard Carapaz (Ineos Grenadiers) in position 26; meanwhile, Jonathan Caicedo (EF Education-Nippo) and Jefferson Cepeda (Caja Rural-Seguros RGA) rank 34 and 35, respectively.

This Wednesday’s stage proposes a trajectory between Tarancón and Albacete, of 184.4 kilometers, an escape opportunity for sprinters with the intention of improving positions.

The Vuelta a España 2021 is the 76th edition of the considered third most prestigious race on the international cycling calendar, behind the Tour de France and the Giro a Italia.

The current version will end on September 5 in Santiago de Compostela after 21 stages and 3,417 kilometers of walking on the Iberian roads.