Miguel Ángel López is third in the Tour of Spain 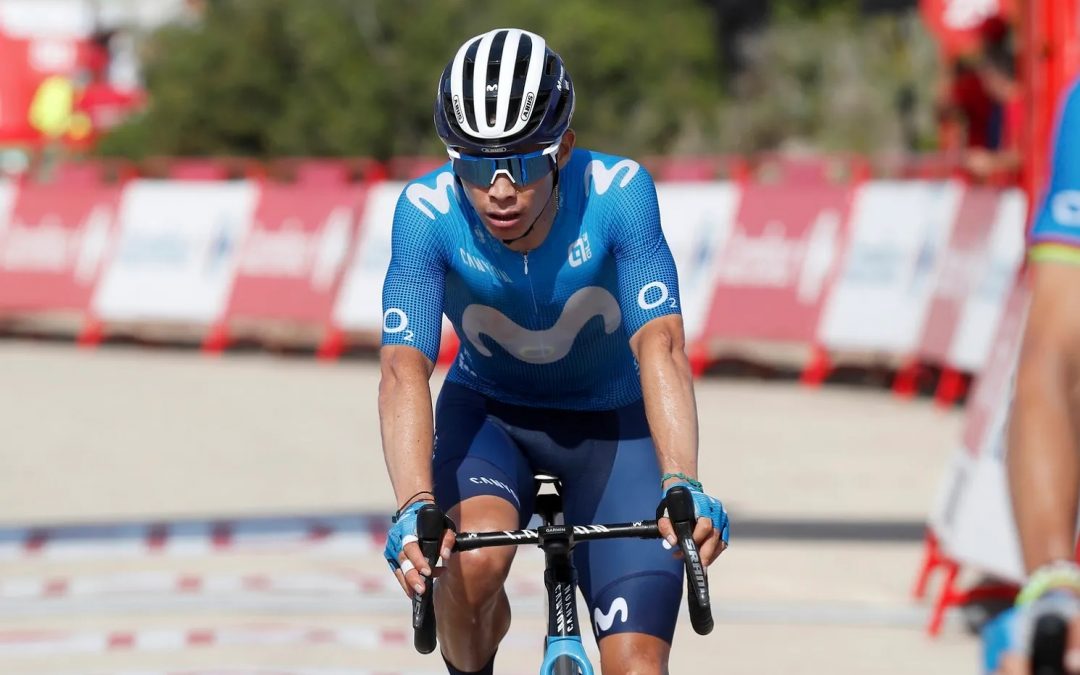 Excellent performances were signed by the Colombian climbers in the sixth stage of the Tour of Spain, after Egan Bernal (INEOS Grenadiers) occupying the seventh box at the finish line eight seconds behind the winner of the segment Magnus Cort (EF Education Nippo) and moving to fifth place in the individual general; while Miguel Ángel López (Movistar Team) was ninth on the course and rose to third place overall.

Magnus Cort took a spectacular victory from a breakout from the start of the stage, disputed between Requena and Alto de la Cullera over a distance of 158 kilometers, which also left a new race leader: Primož Roglic (Jumbo Visma) , second this Thursday in the sentence line, ahead of Andrea Bagioli (Deceuninck Quick Step), who occupied the third position.

The track had an intense fight, first with a breakout of five men: Jetse Bol (Burgos-BH), Magnus Cort (EF Education Nippo), Bert Jan Lindeman (Team Qhubeka NextHash), Joan Bou (Euskaltel-Euskadi) and Ryan Gibbons (UAE Team Emirates), whom the peloton only reached 38 kilometers from the finish line, based on the pace set by the Movistar Team and INEOS Grenadiers squads.

The Ecuadorian Jonathan Narváez exerted a brutal acceleration over the last two kilometers, taking his teammates Richard Carapaz and Egan Bernal, among others, who were preceded by Miguel Ángel López, Primož Roglic and Aleksandr Vlasov.

Miguel Ángel López was satisfied with his performance in the sixth stage and affirmed that it was a day of extensive physical deployment. “The whole day has gone very fast and it has been a very tense day. I think we have done things well and at the finish line we have not given too much time ”.

The Boyacense was not surprised by the performance of Primož Roglic. “We know the class and quality of him and in these finals we know that it is normal for him to arrive well. So far we have had a good first week; Little by little, La Vuelta is getting tough and demanding and tomorrow will be another difficult day ”.

Gandía will be the starting point of the seventh day that will be held this Friday over 152 kilometers, passing through two third-class ports, two second-class and two more first-class ports, the last of them located on the finish line itself in the Balcony of Alicante.