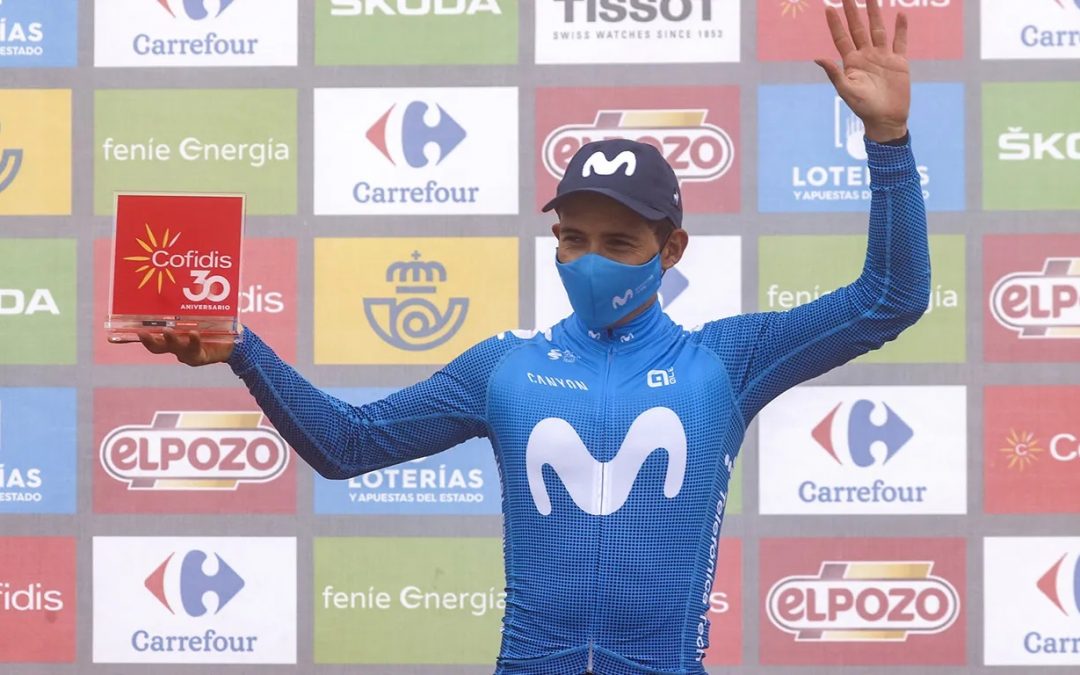 Going to the remoquete that has made him famous in the cycling world, the Boyacense rider, Miguel Ángel López Moreno (Team Movistar), “flew over” in the last kilometers on the way to Alto del Gamoniteiru and won for Colombia the 18th day of the Vuelta to Spain.

The 162-kilometer race that included two first-class mountain passes and one second-class mountain pass before facing the last and final course to the finish line (Gamoniteirau) categorized as Special, was characterized by a flight of 30 men who reached 5.30 minutes advantage, but that finally would not come to fruition as its last survivor, Michel Storer, was hunted nine kilometers from the arrival to make way for the battle of the titans.

López appeared alone in the mist, achieving a brilliant victory with Roglič, Mas and Bernal behind him, thus obtaining the retribution for a race of enormous regularity and great condition throughout all the stages run so far.

With three stages remaining to the end of the Vuelta a España, Slovenian Primož Roglič (Team Jumbo Visma) is getting closer and closer to reaching the title for the third year in a row; while Miguel Ángel López remains third in the individual overall, 2:53 minutes behind the leader. The Spanish Enric Mas is second at 2:30.

This Friday, stage number 19 will be run over 191 kilometers with a third category Mountain Prize and two second in the first 60 kilometers to make way for a swings and flat terrain that could allow the arrival of a breakaway avoiding victory of a pure sprinter.