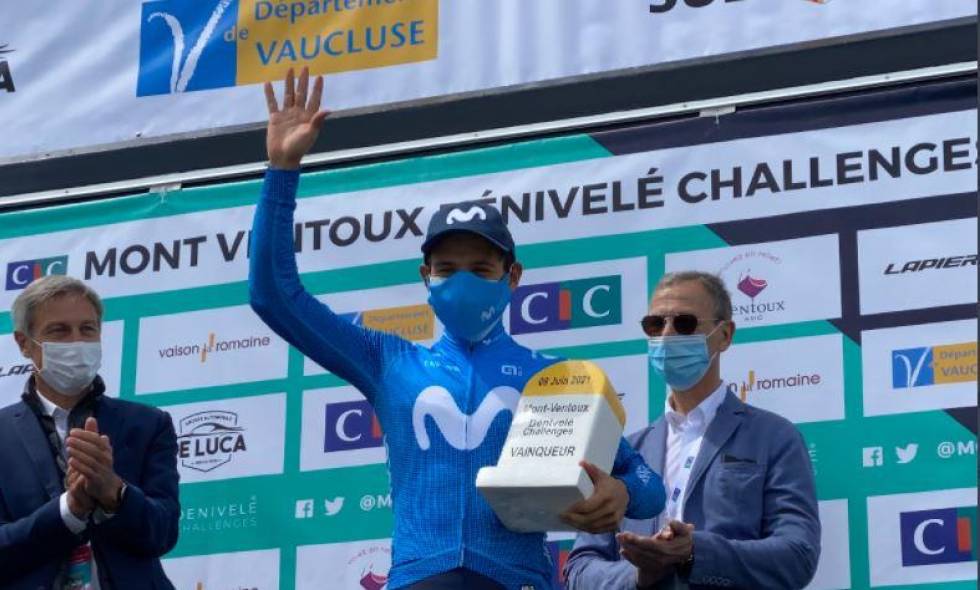 Colombian rider Miguel Ángel López confirmed that he is a born climber by winning this Tuesday in one of the great mountain passes in Europe: Mont Ventoux, while his start of the season with the Movistar team is focused on what will be the great objective : the Tour de France.

The well-known 27-year-old “Superman” who defended the Astana club shirt until 2020 won for the first time in his sporting career on the hard ascent of Mont Ventoux, after a 153-kilometer race for which 131 riders enrolled of the most prestigious professional cycling formations.

López, who last year finished twelfth in this race, now waited for just the right moment to attack his rivals with 10 kilometers to go. He got up on the bicycle and imposed a very hard step on the ascent that the other cyclists who accompanied him could not bear.

“The boys have done a great job and this is the way to reward them for their work. It has been long for me too, but the first climb was already done at a good pace, the second started quickly and that made it easier for me to attack from away, “Lopez told the press after the success.

“Easy win? No way, it’s been too long for me (laughs). It was very hard for everyone as well. As I said, very happy and satisfied to be able to start the break prior to the Tour de France with this beautiful victory ”, Miguel Ángel concluded his remarks.

The Colombian comes from obtaining victory this year in the Vuelta a Andalucía and being sixth in the individual general of the Critérium du Dauphiné, so he will be one of the contenders for the podium in the upcoming Tour de France, for which he already has a presence. secured with Movistar as head of the telephone group along with Enric Mas.