Miguel Ubeto, a veteran who still gains stages in Tour of Venezuela 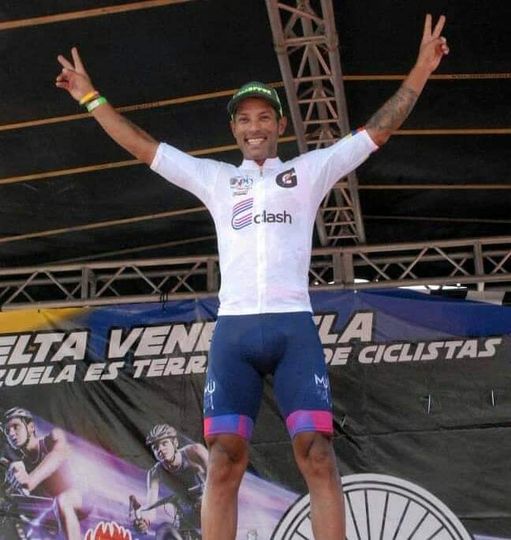 The Venezuelan Miguel Ubeto, at 45 years of age, has renewed his laurels and won the third stage of the Tour of Venezuela in its 58th edition, to climb to second place in the individual general classification, in pursuit of his compatriot Luis Gómez.

Ubeto (MU Trainning) completed the 156.5-kilometer journey between San Francisco de Yare (Miranda) and Valencia (Carabobo) with a time of 4:08:37, escorted by César Sanabria (Venezuela País de Futuro) and José García ( Bolivarian Government of La Guaira), both with the same time of the winner of the day.

The demanding stage that started in Yare and culminated in Valencia, saw the perseverance of a Ubeto rewarded that from day one has been in the top five. He now leads the points team and is just four seconds behind leader Luis Gómez.

The flag-bearer of Venezuela Country of the Future already knows what it is to consecrate himself in the Vuelta a Venezuela (he did it in 2012, when he was a member of Gianni Savio’s Androni) and dreams of lifting the champion trophy again, as he faces a A competition where flat terrain abounds and you can continue to race for the title until the final day.

Luis Gómez (Team Carabobo) kept the top place in the individual general classification with a cumulative record of 8:57:53 hours, with little advantage over Miguel Ubeto, and eight seconds ahead of José García, who in turn leads the section of Mountain.

The Tour of Venezuela, category 2.2 in the calendar of the International Cycling Union, celebrates this Wednesday the fourth stage, which marks the equator of the event, a 123-kilometer circuit in Chivacoa, a town that is part of the geography of the Yaracuy state, located on the border with the state of Lara. Due to the characteristics of the terrain, a new battle is predicted between the fastest of the squad.