Milagros and Dixiana are the champions of the Central American route 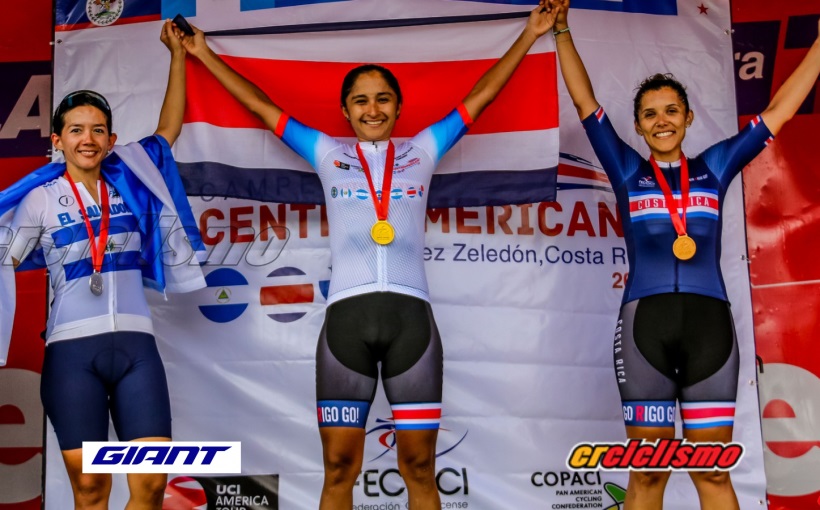 Finishing off a magnificent joint effort, the Costa Ricans Milagro Mena and Dixiana Quesada won the long-distance test of the Central American Road Championship, divided between the Municipality of Pérez Zeledón and Mollejones de Platanares, over 106.8 km.

With two new Central American titles in dispute and a peloton made up of 26 runners representing El Salvador, Guatemala, Honduras, Nicaragua, Panama and Costa Rica, the women’s long-distance event began.

From the first kilometers, the local cyclists assumed control of the race exchanging relays and preventing any movement that would jeopardize the plan with which they sought to secure the first place on the podium.

After the first hour of the race and the first turn to the General Viejo Circuit, the experienced Natalia Navarro executed another part of the plan, with a solitary escape that began to wear down the Panamanians, leading the chase with Wendy Ducreux.

The effort of the canal group allowed the capture of Navarro but it was prolonged with a new attack by the locals, led by María Fernanda Sánchez who left accompanied by Anibel Prieto. The duo took advantage of the descent towards Buenos Aires to increase the difference without much opposition from the main group.

Starting the third and last lap, the proposal by Sánchez and Prieto ended, giving way to a new attack by the Ticas with Giovanna Tanzi preparing the final move by Milagro Mena with 20 kilometers to go.

The current Central American road champion took advantage of the ascent terrain to give the final blow to the rivals, devouring kilometers of ascent and at the same time widening her difference against a squad that was increasingly reduced by the demands of the day.

The Costa Rican party was completed with the bronze of María Fernanda Sánchez closing the day together with the runner-up Sauking Shi from El Salvador, in addition to the first and second place of Dixiana Quesada and Diandra Ramírez in the Sub 23 category. The new Costa Rican generation was accompanied in the podium by Honduran Linda Menéndez.

Milagro Mena, after becoming three-time Central American road champion, highlighted the contribution of her teammates to a perfect day. “Super happy for this result for Costa Rica and for the entire National Team, not only I go up on the podium, several of the girls go up and that is very important, that we are from experience to youth. It only remains to continue working for this National Team, giving the best, ”she said.

Despite the advantages they had as locals and their competitive background, Milagro highlighted the work of her rivals and the honor of her companions, fighting to exalt her national colors.

“The strategy was carried out perfectly, the Central American level has grown a lot, for a moment we thought that the rise would be more united, but a great result was achieved. Happy for this Selection and for all the girls who worked and gave their effort” concluded Milagro Mena.