MIRYAM NUÑEZ, CHAMPION OF THE WOMEN’S TOUR OF COLOMBIA MINDEPORTES 2020 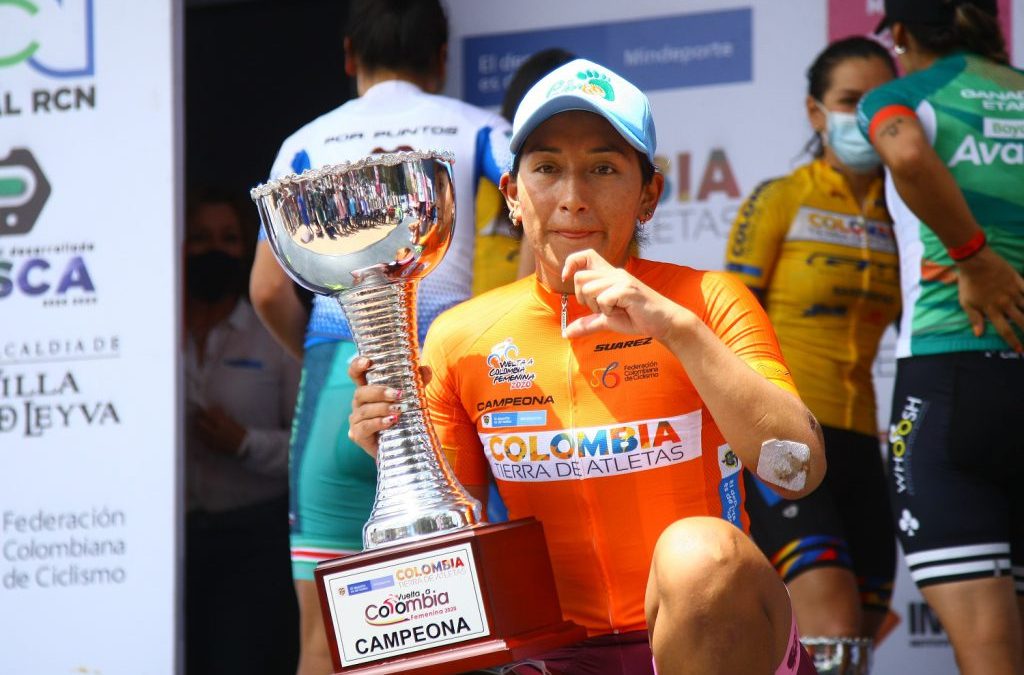 The Ecuadorian runner Miryam Nuñez (Liro Sport) was crowned champion this Wednesday of the fifth edition of the Vuelta a Colombia Femenina, which concluded with an entertaining 92-kilometer stage between Barbosa and Villa de Leyva won by Marcela Hernández (Colnago CM Team) from Antioquia. ).

The final stage that defined the packaging, was won by the National Sub 23 Road and Time Trial Champion Marcela Hernández (Colnago CM Team) who overcame Lorena Colmenares (Boyacá Avanza), who was one of the great stars of the test and finished second. While the winner of the previous day Yenifer Ducuara (Merquimia Proyecta) was third.

On the final podium of this spectacular competition that fully met expectations from the point of view of the show and had a massive participation, they were promoted; Miryam Nuñez (Liro Sport) who won the individual time trial and was crowned champion, Lorena Colmenares from Boyacá (Boyacá Avanza) who won two stages and was one of the great stars and Marcela Hernández (Colnago CM Team) from Antioquia who sealed her third position with victory in the closing stage.

The great battle in the main group began to be fought in the ascent to Alto Garavito, a climb that concluded in the 25th kilometer of competition in which initially Team GEMPT and later Colombia Tierra de Atletas-GW would set an intense pace, leaving reduced the group leads a dozen runners.

In the last kilometers of climbing, Natalia Pardo (Colombia Tierra de Atletas-GW) set the standard over her rivals and set out in search of the difference, taking along the points of the mountain that gave the climber the title of the mountain Vallecaucana, who incidentally put in check the occupant of the third position of the podium Marcela Hernández (Colnago CM Team) who lost contact with the leading trio, joined by Lorena Colmenares (Boyacá Avanza) and Miryam Nuñez (Liro Sport) who were playing title.