MOLANO AND CAICEDO, HISTORY IS REPEATED 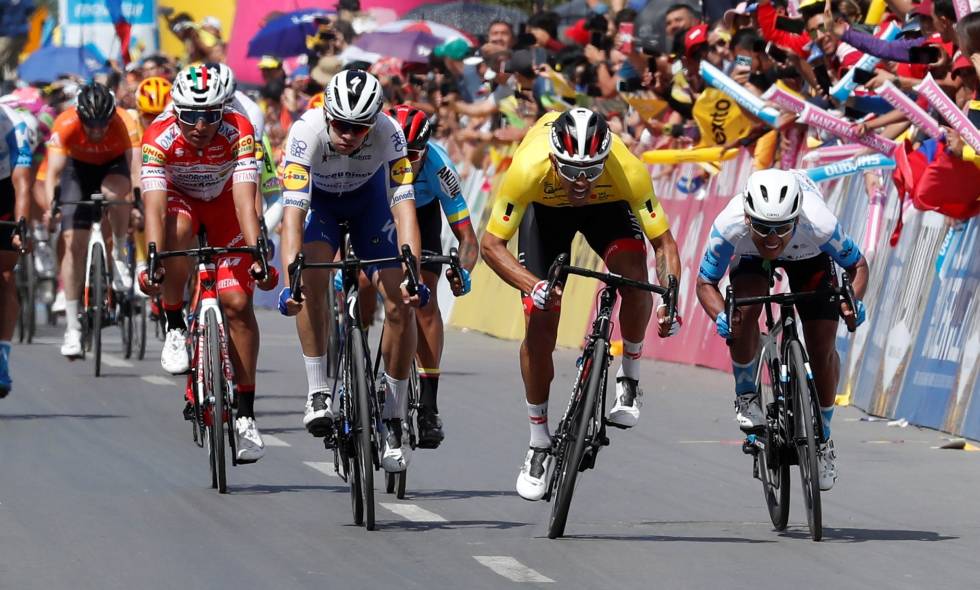 In a new sprinter duel, Juan Sebastián Molano (UAE Emirates Team) was the fastest again and, as in the previous stage, he won his second fraction promoted by the Argentine Maximiliano Richeze, while the Ecuadorian Jonathan Caicedo (Education First) He maintained the leadership of Tour Colombia 2.1 of this 2020. On a 177.7 km route between Paipa and Sogamoso, in the department of Boyacá, the libretto was repeated despite the numerous attacks that occurred on a day passed by the sun in which Molano signed a time of 3 hours and 57 minutes to beat Edwin Ávila (Israel Cycling Academy) and Álvaro Hodeg (Deceunick-Quick Step) in the sprint.

In general, Ecuadorian Caicedo remains as leader with a time of 7 hours, 27 minutes and 10 seconds, the same of his teammates Sergio Higuita, Daniel Martínez and Tejay van Garderen.

The first escape of the day was carried out by five cyclists among which was Egan Bernal (Ineos), who went out with his friends Camilo Castiblanco (Team Illuminate) and Óscar Sevilla (Team Medellín), but was neutralized by the platoon very soon.

Then four other cyclists, including Sevilla again, again made a good difference to the group of almost a minute and a half.

That group – which were also part of the Colombians Sebastián Henao (Ineos) and Félix Barón (Team Illuminate) and the Swiss Simon Pellaud (Androni) – managed to stay about 90 kilometers ahead and was reached by the platoon with 15 kilometers to go the arrival.

Less than two kilometers from the end Robinson Oyola (Team Medellín) tried to escape but the main group did not allow it, after which the teams began preparing the packaging for their specialists.

That’s where Molano shone again, supported by Richeze, and he beat Ávila and Hodeg, whose team had no arrests to leave him in a better position than his rivals.

The fourth stage will be covered over 168.6 kilometers between Paipa and Santa Rosa de Viterbo, which will have as one of its main attractions a third category port in Alto Malterias.

You can access all the results in details and the rest of the information in the following link: https://www.copaci.org/event/america-tour-colombia-2-1-2/