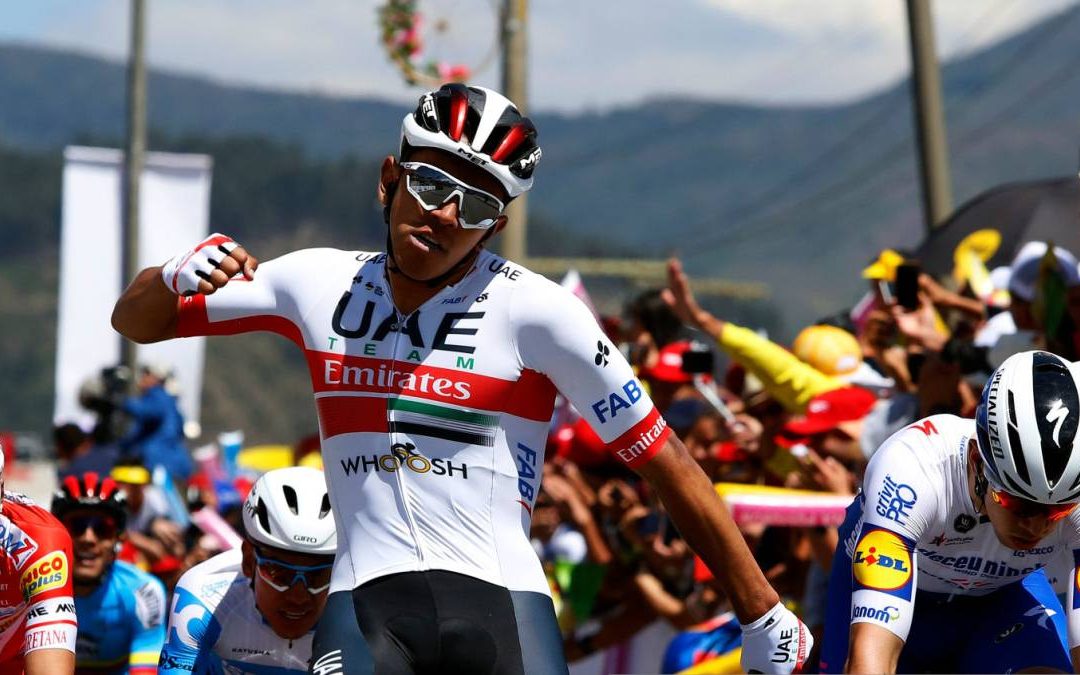 The zipa legend never ended. Efraín Forero and Egan Bernal prolonged it with gestures of courage and honor that have given this city a place in the world.

He went to Zipa where he reached the fifth stage of the Tour Colombia with a platoon commanded by Egan and his countrymen Brandon Rivera and Camilo Castiblanco. Fabio Duarte, U23 world champion in 2008, became the new leader of the mountain by getting into the escape and crossing first in the three awards in Moral, Ventaquemada and Sisga.

On the run he was accompanied by Simon Pellaud, who had to give up his shirt, Robinson Chalapud of Medellin. Arse Quiroz of Colombia Land of Athletes, Juan Pablo Suárez of EPM, Wálter Pedraza of Supergiros, Mirco Maestri ofl Bardiani and Bayron Guamá of Ecuador who stayed with the special sprints. Pellaud, as in the fourth stage had another mechanical mismatch, but managed to recover and returned to the escape.

The competition-leading team took the lead of the peloton to cut time to the escape and to accelerate the pace of the race that moved with an average of 42 kilometers per hour. Behind the EF he placed the UAE with the leader of the jersey for points and candidate to win his third stage in the competition, Sebastián Molano.

Cundinamarca in all its splendor welcomed the cyclists. The savannah of Bogotá, the Jaime Duque park, the Puente del Común and Chía were the anteroom of the reception in Zipaquirá. With 14 kilometres to go, right at the entrance to the rural area of the city of Egan, the group absorbed the escape.

At a speed of 45 kilometers per hour, the platoon was going all the way to the finish line and the UAE was beginning to show the desire to win in its third stage in the competition with Molano. But there was still a long way to go before the goal and the Quick Step also took its place in the group’s head.

A kilometer Alaphilippe and Jungels tried to make the same game, as Richeze called it, which did not work for them in the first stage, but Sergio Henao did the work for Molano who, once again, understood his rivals and knew wait ingenty and made his attack to very a few yards from the finish line and when hodeg seemed to take the lead. The stage ended with the most exciting sprint in the competition. The paipano beat the Belgian team’s backing tightly and Jonathan Restrepo came in third place.

The general did not have major modifications, Sergio Higuita remains the leader, followed by Daniel Martinez at 12 seconds and Jonathan Caicedo at 14.

The sixth and final stage of the Tour Colombia will be run this Sunday, February 16 with the queen stage between Zipaquirá and the high the Verjón with a route of 182.6 kilometers and a demanding route between Zipa, Cajica, Chía, Tocancipá, Chocontá, Sesquilé, Guatavita, la Calera , Bogota and the Gate.

Source: AS Colombia You can access all the results in detail and the rest of the information at the following link: https://www.copaci.org/event/america-tour-colombia-2-1-2/