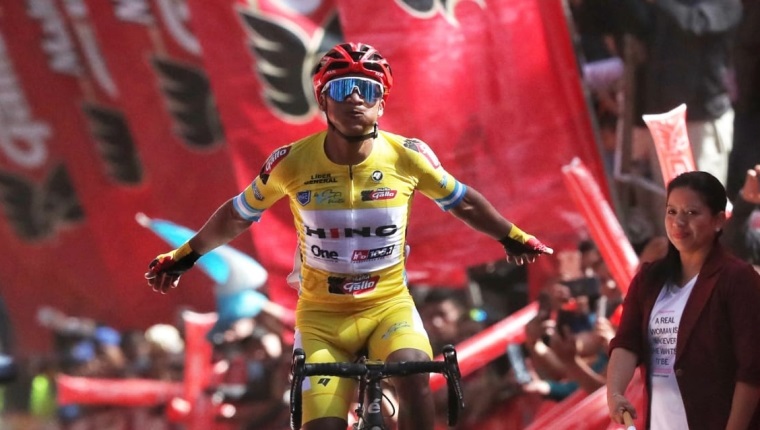 Little by little, the 61st edition of the Cycling Tour of Guatemala continues to develop successfully and this Friday it celebrated its sixth day of activity, with the second partial victory for Mardoqueo Vásquez of Hino-One, who thus ratified his leadership in the general classification. individual.

After some hard 146 kilometers, where the riders faced a decisive ascent that began shortly after the third flying finish line (km 94.24) and ended at Cerro El Baúl in Quetzaltenango, which is 2,575 meters above the level of the mar, Mardoqueo Vásquez celebrated first place in the sixth stage of the Vuelta.

The time with which Vásquez crossed the finish line was 4 hours 28 minutes and 55 seconds, 24 ‘was followed by Wilmar Pérez, the Colombian from Cerámicas Castelli and in third position, 39 seconds behind Mardoqueo, Jimmy Montenegro from Movistar Best PC arrived.

This was the second victory for “Súper Mardo” so far in the Vuelta a Guatemala, since in the fourth stage he also claimed victory on the route from Escuintla to Sololá. “I want to thank my team, which continues to support me in my search for me to win the title for the second time in this Vuelta”, he said.

Thanks to his performance and his work with his team, the Hino-One, the Guatemalan is shaping up to revalidate the title he won in 2020. After Mordecai, the best Guatemalan was his teammate Esdras Morales, who reached the finish line tenth.

Sergio Chumil, who before the stage was third overall, was gifted up to fifth position by Ecuadorian cyclists Steven Haro and Jimmy Montenegro from Team Banco Guayaquil and Movistar Best PC respectively.

In addition, Chumil barely maintains the leadership of the U-23 against Paulo Pantoja from Ecuador.