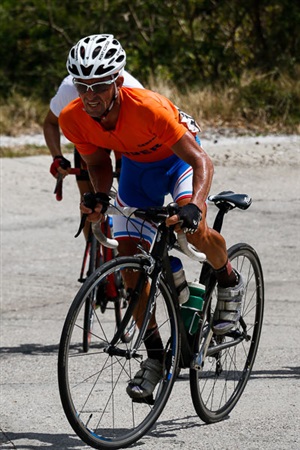 More than 60 contestants will animate the First Escambray Mountain Bike Challenger scheduled for the 21st to the 23rd of this month. The event includes a journey through that impressive mountain range with a paradisiacal final destination in Playa Ancón, in the province of Sancti Spíritus.

The Manigüeros group is its creator with the support of the sports management of that territory and its cycling commission together with the companies of Campismo Popular and Gaviota S.A., among other entities.

Precisely the organizers conveyed their joy for this support, as well as the response to their call by the mountain bike (MTB) family in Cuba.

Among the contestants, the Ecuadorian Jorge Brito appears, whom specialists consider one of the favorites to fight for the podium in the Elite category along with the Havanans Josué Fernando Manso and Luis Enrique Suárez, and the Sancti Spiritus Yoandy Freire, one of the organizational leaders of Los Manigueros.

Master B should also be very close, since its main protagonists were part of the national road team and with positive results such as Vicente Sanabria from Matanzas and Joel Solenzal, also from Sancti Spiritus, in tours of Cuba and national classics.

Others who can give him a fight are José Miguel Rodríguez and José Ramón Reyes from the capital, as well as the host William García.

In the youth category, the top contenders for medals are locals Brayan Mandin and Anderson Montoya, and Avilanian Randol Izquierdo.

Master A has as its greatest exponents the home competitors: Trinidadian Orestes Martínez, Álvaro Cardoso and Jorge Rojas, former member of the national team and one of those responsible for the organization of this Challenger with the same seriousness and love that they profess to the cycling in all its manifestations.

The most veterans, over 50 years of Master C, are expected to put on a nice show and among the favorites there are several with a track record on the route, such as Alexander Casas and Lázaro Forte, from Artemis, the latter a doctor by profession.

The girls have also responded enthusiastically to the invitation to challenge the hills and other routes that are not so impressive, but difficult to access. There will be the renowned international cycling medalist, Marlies Mejías from Artemis, champion of the Titan Tropic MTB in Pinar del Río 2016, and the young Havanan Ludisnelis Fleitas, the first figure of the genre in the national mountain bike team.

Kelly Méndez and Katherine Giral from the capital, as well as Yerany Morejón, from the Sancti Spiritus municipality of Cabaiguán, will also be cheering on the competition and eager to make themselves felt.