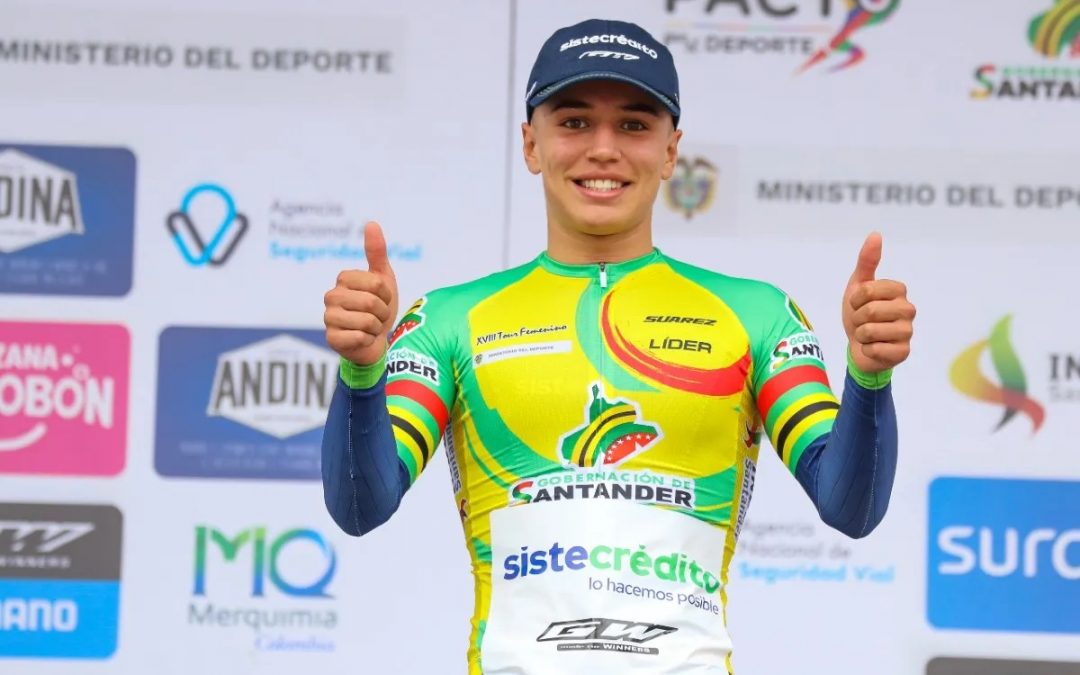 Carolina Vargas and Carlos Castro prevailed in the second stage of the Women’s Tour and the Vuelta del Porvenir, respectively, on a day where Jaider Muñoz and Camila Atahualpa maintained the leadership of the general classifications in their respective categories.

Between Barbosa and Pinchote, the second stage of the Women’s Tour and the Vuelta del Porvenir were run. In both cases, the journey was 108 kilometers long and included a third category port halfway through the crossing and another fourth category port near the finish line.

In the case of the Women’s Tour, the race had several attacks, taking advantage of the first ascent of the day, and although several breakaway groups were created, the peloton managed to catch up before reaching Pinchote.

The fourth category port, on the way to the finish line, created a group of 18 runners who fought for victory. In the final kilometer Carolina Vargas, Karen Villamizar and Camila Atahualpa gave the whiplash and on the final cobblestones they battled for victory, which went to Vargas by a few meters, followed by Villamizar and the leader of the general, who repaid and managed to maintain the lead. .

Atahualpa continues to lead the general standings, now with 30 seconds over Jessenia Meneses.

A procedure with several similarities had the Vuelta del Porvenir; in the first ascent the escape was completed, with five runners, who ventured and managed to stay ahead, until in the final ascent, of fourth category, the group of favorites caught up with the escapees.

In the definition, also to the packaging, Carlos Castro took the victory, followed by Juan Sebastián Pinilla and Juan Pablo Ortega.

Jaider Muñoz managed to maintain the lead, with a lead of 19 seconds over Juan Guillermo Martínez.