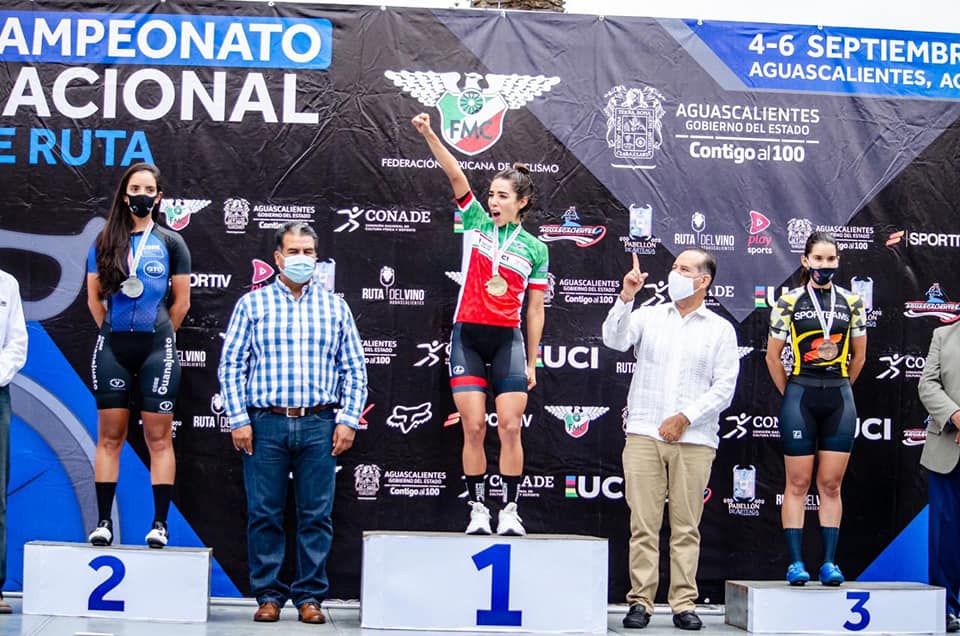 The competitions gradually begin again in the country, and this weekend in Aguascalientes the National Cycling Championship is held, in the route modality, and Antonieta Gaxiola was the winner in the elite women’s category.

“The great teamwork is what supported me to make this the best day of my life,” said Gaxiola, who competes for the PatoBike BMC team.

After more than 60 kilometers of the competition, the attacks began, the longest was in charge of Betsabé Salomón of the PatoBike BMC team and thus remained until the kilometer before the finish line.

Several names emerged in the last meters where Paty Dolomi of the same team, gave a strong pull to take Antonieta on the wheel who took the extra in the last moments to stay with the title of the contest.

In the Men’s Youth C category the National champion is Jorge Fabrizio Martinez de Guananuato, after engaging in a duel with Diego Arreola de Durango, who confidently celebrated his “triumph” a couple of meters before the finish line, which the Guanajuato took advantage of to stay with first place.

This is the first federated competition to be held in the country with a view to the possibility of participating in the world championship held in Imola, Italy later this month.

For the final day of today 3 races are planned, the Youth C for women, the U23 and the main course the ELITE category for men, all will be run on a 32 km circuit that includes state roads 46,18, 19 and the federal 45, the girls will be traveling 96 km (3 laps) while the men of both categories will pedal the circuit 5 times (160 km).