Nairo and Rigo crashed in the eighth stage of the Tour, but they are still in the race 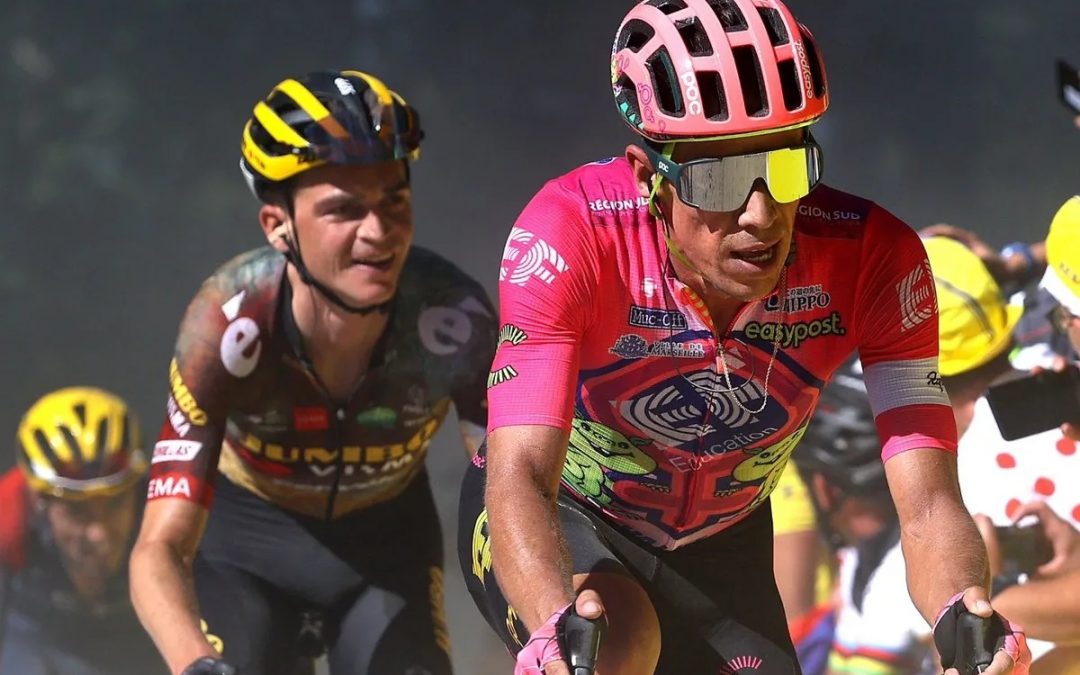 The Colombians Nairo Quintana and Rigoberto Urán suffered a fall in the first part of the eighth stage of the Tour de France, disputed this Saturday over 186.3 kilometers between the French town of Dole and Lausanne, in Switzerland, but apparently without serious consequences, and they remain among the top 16 in the individual general standings.

The Belgian Wout Van Aert (Jumbo), who led the current Tour de France for four days, got his second victory in the competition after winning on this eighth day, marked by a big crash in the first kilometers of the route.

Barely half an hour after taking the start at Dole, a major collision occurred in the middle of the pack as it was speeding in search of the day’s breakaway. Nairo, Rigo, Pogacar, Thomas, Gaudu, Schachmann, Bardet, were involved, but all of them resumed their march until they linked up with the peloton with the help of their respective teammates.

Nairo entered the finish line in Lausanne in the group of favourites, while Urán lost 11 seconds to the winner, the Belgian Wout van Aert.

“It was shot very fast, but I made the effort. I fell, but I’m fine, I hope that tomorrow (Sunday) I have no problems, that I can run well (the stage) and finish with the best”, assured the cyclist from Boyacá who represents Arkea.

After the final climb that led to the headquarters of the International Olympic Committee (IOC), where the finish line was located, Quintana withstood the explosive pull of the favorites and finished fifteenth with the same time as the winner, the Belgian Wout van Aert.

The Colombian is eleventh overall, 2:10 minutes behind the Slovenian Tadej Pogacar, who added four bonus seconds at the finish line in Lausanne, thanks to his third place. The best representative of America in the Tour de France is the American Neilson Powless (EF Education-EasyPost) with eighth place overall, 1:40 behind the yellow leader.

For his part, Daniel Felipe Martínez from Cundinamarca is tenth, 1.59 minutes behind first place; while Rigo, who suffered a blow to his right elbow and suffered lacerations to the waist after the fall, is sixteenth, at 3.24.

This Sunday the ninth stage of the Tour will be held, over 129.9 km between Aigle and Châtel les portes du Soleil, in which the members of the peloton will have to overcome four mountain prizes.