Nairo Quintana for his third victory of 2022 in Paris-Niza 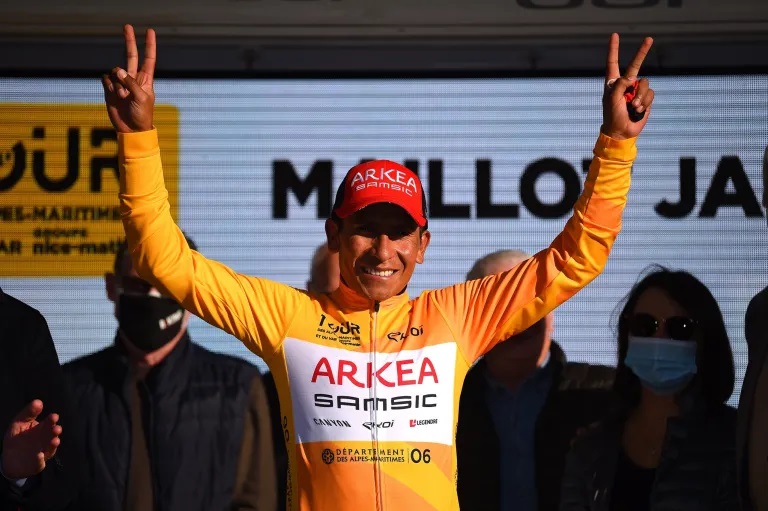 The leader of the Arkéa Samsic team, Nairo Quintana, recent champion of the Tour de la Provence and the Alpes-Maritimes, will continue his season in search of the general victory of the Paris-Niza, which will begin to be held from this Sunday, March 6, and It will run until March 13.

“Paris-Niza is a race that I have always really enjoyed. There I fought battles, great fights, and I was also able to achieve podiums. It continues to be a goal for me at the beginning of the season, but also for the Arkéa-Samsic team”, said the rider from Boyacá.

The winner of the 2014 Giro d’Italia and the 2016 Vuelta a España hopes to ratify his great moment in the gala round at 32 years old. Two seasons ago he participated in the ‘Carrera del Sol’, and although he took a stage of the 2020 edition, he still needs to get this title.

“As usually happens in this race, we will have to be careful in the first days, where there can be wind, fans and some falls. Then there will be two stages that can be described as mid-mountain, which will not be easy, “added Quintana.

Likewise, the Colombian climber referred to the partial that could be the key to achieving this Paris-Niza title and it is the ITT. “I think part of the general classification will be decided by this time trial, and those who want to win the general classification will have to do well. It will be in a way a first big exam, the profile of this one is not entirely flat, but I will fight hard because I know that my competitors will be strong that day”, added the Arkéa leader.

Finally, Nairo referred to the last day of the French race. “The last day can also be full of surprises, this year even more so with this traditional Nice-Nice stage that will pass through the Col de Peille, then Èze. I hope to achieve a good general classification because everyone is strong at the moment, my teammates are just as strong, we are in good condition”, concluded Quintana.