Nairo Quintana is third in the Volta a Catalunya 2022 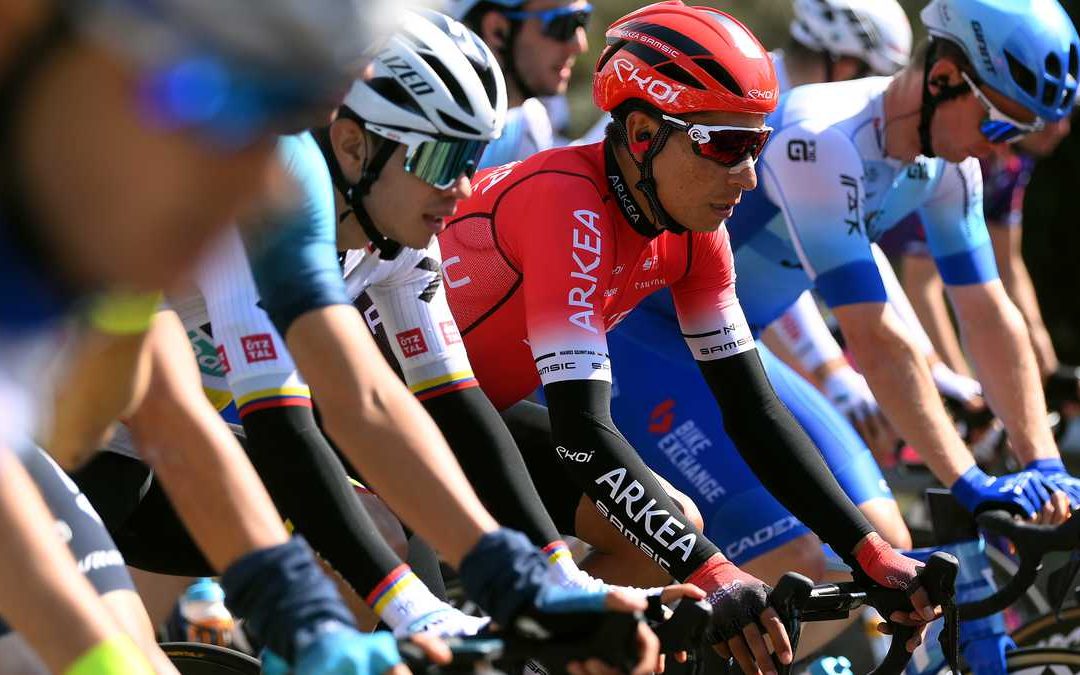 In the dreaded mountain of the third stage of the Volta a Catalunya 2022, the Colombian Nairo Quintana (Arkéa Samsic) brought out his quality as a climber and took third place on the podium, behind the Australian Ben O’Connor (AG2R Citröen) and the Spanish Juan Ayuso (UAE Team Emirates)

The 26-year-old Australian won the traditional Catalan climb to La Molina after a devastating attack at the end. after 161.1 kilometers starting in Perpignan and arriving in La Molina, the first hilltop finish of this edition.

With victory, O’Connor seized the leader’s jersey, which was in the hands of young Norwegian Jonas Hvideberg (Team DSM), while beetles Nairo Quintana (Arkéa Samsic) and Sergio Higuita (Bora-Hansgroge) moved up to third and fourth position in the general classification and they are the only riders from America in the top-10.

The breakout of the day was starred by Casper Pedersen (Team DSM), Simone Petilli (Intermarché Wanti Gobert), Mikel Bizkarra (Euskaltel-Euskadi) and Ander Okamika (GBurgos BH), with a ceiling advantage of 6’50” against the peloton that He took it easy in the early stages, however they were hunted down in the last few kilometers.

The four escapees were protagonists for practically the entire day and crowned the first two ports of the day in front. Ander Okamika was the first to go through Mont-Louis and Collada de Tosses and the 20 points he scored helped him to become the leader of the mountain classification.

The high pace of the peloton, led by different teams, helped them catch the breakaway on foot from La Molina, 10 kilometers from the finish line. Shortly after, with more than 8 kilometers to go, Ben O’Connor (AG2R Citroën Team) launched a withering attack, leaving him alone in the lead.

Juan Ayuso (UAE Team Emirates), Esteban Chaves (EF Education Easypost), Hugh Carthy (EF Education Easypost) and Guillaume Martin (Cofidis) also tried out but were unable to open the margin with the group of favourites. In the last section of descent, Marc Soler (UAE Team Emirates) tried, but he could not reach Ben O’Connor’s wheel and the group of favorites surrounded him.

In a tight finish, the Australian Ben O’Connor took the stage victory with a margin of six seconds over a group of favorites led by Juan Ayuso (UAE Team Emirates and Nairo Quintana (Team Arkéa Samsic).

This Thursday the fourth part of the Catalan round will take place, which will be run over 166.7 kilometers between La Seu d’Urgell and Boí Taüll, with a new hilltop finish.