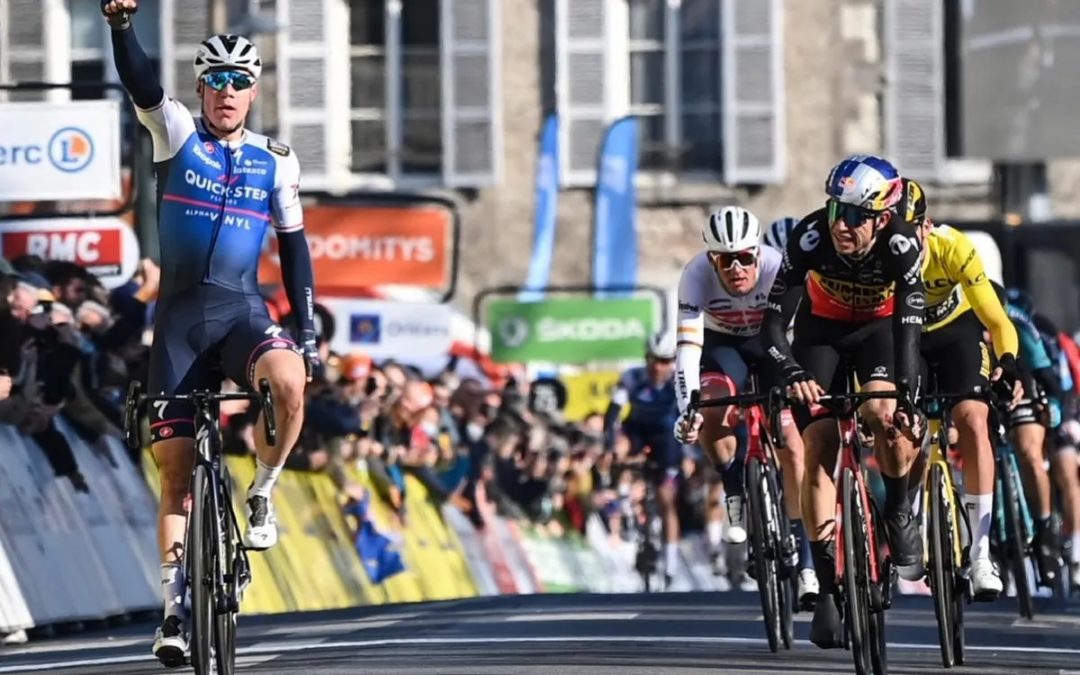 On a day where the feared fans were the protagonists, Fabio Jakobsen (Quick-Step Alpha Vinyl) won the second stage of Paris-Nice 2022 to the sprint, developed over a 159.2-kilometre route between Auffargis and Orléans, where the best America’s runners were Colombians Nairo Quintana, Juan Sebastián Molano and Daniel Martínez.

The Dutchman turned out to be the fastest in a sensational sprint, defeating his Jumbo-Visma rivals Wout van Aert and Christophe Laporte, who still leads the overall standings. The three South Americans were the main protagonists of the day: Molano came in eighth place, Quintana was placed in box 17 and Martínez finished in 25th position.

After the demonstration of power by Jumbo-Visma in the initial stage of the ‘Race of the Sun’, the day began in pleasant weather conditions the journey through the vast plains around Paris.

The breakaway of the day was led by Philippe Gilbert (Lotto Soudal), Matthew Holmes (Lotto Soudal) and Alexis Gougeard (B&B Hotels-KTM). The three attackers quickly got the blessing of the peloton, managing to reach a maximum advantage of almost four minutes, however, with 60 kilometers to go they were captured.

After more than sixty kilometers of walking, chaos appeared with the dreaded crosswinds. A group of about fifty riders was formed, which was reduced again after another crash involving Bauke Mollema, Brandon McNulty and Biniam Girmay.

After passing through Neuville-aux-Bois, the wind died down again and this allowed the first chasing group, made up of Yates, Coquard and Bennett, to rectify their path and rejoin the leaders. Then the calm returned to a certain extent and Jumbo-Visma decided to calm the waters and control the course, without taking full advantage of it. The pace stopped, so even a chasing group with Guillaume Martin regrouped.

In the last fifteen kilometers of a very entertaining stage, another acceleration came commanded by the Bahrain Victorious who, with the help of the Jumbo-Visma and the AG2R Citroën, left some thirty runners in the lead. A few minutes later Stefan Bissegger of EF Education EasyPost attacked twice and managed to make an interesting gap just seven kilometers from the finish.

However, the forces of the Swiss Bissegger slowly faded and with two kilometers to go they captured him. In the end the Quick-Step Alpha Vinyl was able to put the sprinter Jakobsen in an ideal position for the final sprint, where the Dutchman reacted very quickly to an acceleration from Laporte and then managed to overtake Van Aert with great ease to celebrate his sixth victory of the race. season.

This Tuesday the third fraction of the French round will be held, which will take place over 190.8 kilometers starting from Vierzon and arriving at Dun-le-Palestel, a day that includes three third category mountain awards.