Nairo Quintana opens 2022 with victory at the Tour La Provence 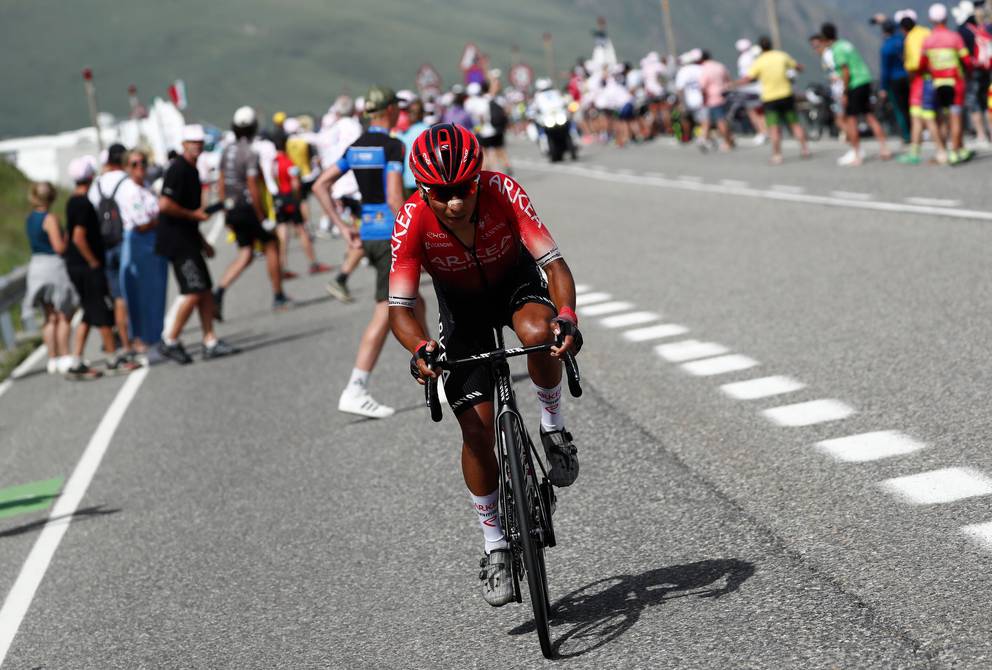 The Colombian Nairo Quintana (Arkea Samsic team) was proclaimed the winner of the Tour La Provence for the second time with a resounding exhibition on the Lure Mountain, at the top of which he appeared alone, rendering the efforts of his pursuers useless, among whom was the double world champion Julian Alaphilippe.

With an attack 5 km from the finish line, Quintana (32 years old) shattered Alaphilippe’s resistance and flew alone to the summit, where he raised his arms with a time of 4 hours, 23 minutes and 6 seconds, an advance of 37 seconds on the 21-year-old Danish Mattias Skjelmose and the American from Movistar Matteo Jorgenson.

Two seconds later, the Colombian from Movistar Iván Ramiro Sosa reached the finish line, who attacked without enough strength for the stage, in the Alaphilippe group.

Quintana’s hit the old-fashioned way led him to conquer the Tour La Provence and prove the rider in him. He brilliantly took the yellow jersey, starting the season as a champion. He was accompanied on the podium by Alaphilippe at 27 seconds and Skjemolse, a Danish pearl, at 34. Jorgenson left Movistar without a podium, fourth place.

The last stage between Manosque and Montagne de Lure, of 166.1 km, presented an attractive mountain route, with incentives saved for the end. The exit attacks marked the decisive day of La Provence. The escape of the day was carried out by the Welshman Luke Rowe and the Frenchmen Gougeaard, Debeaumarché, Combaud and Couanon, who had up to 5 minutes with 80 minutes remaining.

The platoon began to react, the differences were reduced as the rebels fell. The first was Gougeard, while the remaining quartet resisted without hope of reaching the goal of the Mountain of Lure. The nerves were already on the surface, which caused some crashes, such as the one that affected Julian Alaphilippe at 21 from the finish line.

As soon as the final climb (13 km at 6.5%) began, hostilities broke out. In front, Combaud attacked first, who tried alone until the ‘roosters’ appeared. 5 from the top, Quintana attacked as in his best moments. Alaphilipe followed with more courage than strength. In a second claw blow from the Colombian, the Frenchman decided not to hit the wheel of the Samsic leader anymore.

Iván Ramiro Sosa, defender of the title, reacted from behind, but the leader of Movistar sank near the finish line, without being able to connect at any time with Quintana, who was flying.

Quintana, winner of the 2014 Giro and the 2016 Vuelta, signed his feat in a big way. Stage and Tour La Provence in your pocket. The yellow dream of the Tour de France is reborn in the cyclist from Boyacá.

The race ended without Ecuadorian Richard Carapaz, who did not start on Saturday due to a positive test for COVID-19. (D)