Nairo Quintana starts as the favorite in the Tour of Turkey 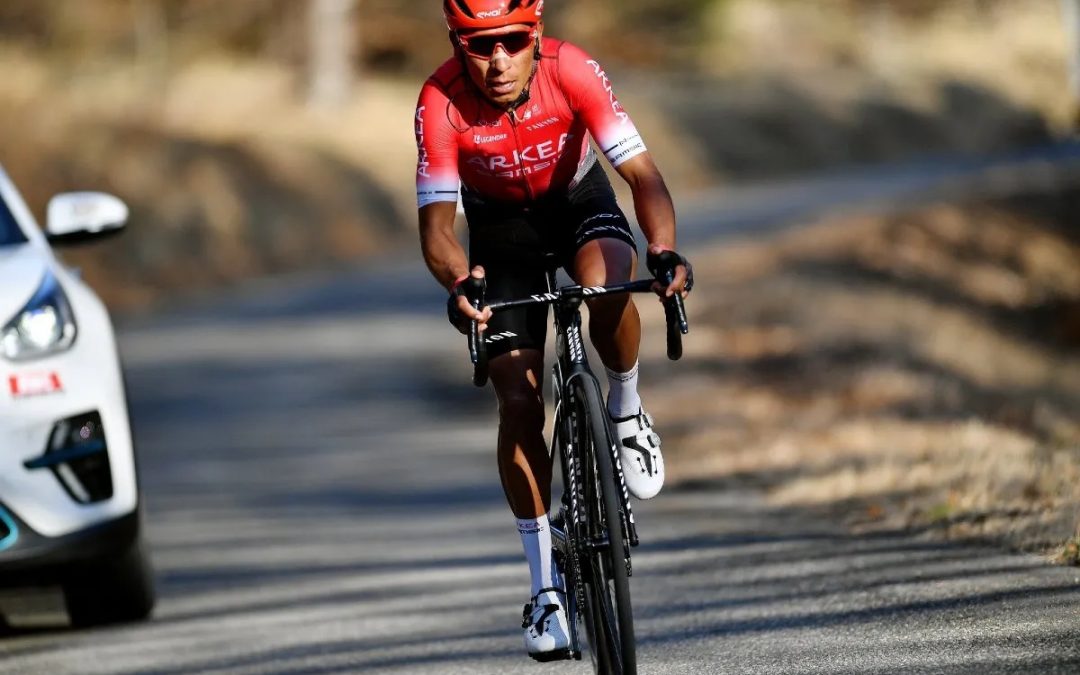 Nairo Quintana heads the list of seven Arkéa Samsic riders who will face the Tour of Turkey from this Sunday, April 10, to April 17. The climber from Boyacá, who starts as one of the favorites, will seek to win the race, which is part of the 2.0 category of the UCI ProSeries calendar.

The Colombian beetle has had an excellent season, with two titles, in the Tour de la Provence and the Tour des Alpes-Maritimes, added to this he managed to make the top 5 in Paris-Nice and in the Volta a Catalunya, which his compatriot won Sergio Higuita.

The leader of the French formation will be accompanied by his brother Dayer Quintana, in addition to the French Nacer Bohuanni, Nicolas Edet, Donavan Grondin and Kévin Ledanois, and the British Daniel McLay.

“The Tour of Turkey must be a continuation of what the Arkéa-Samsic team achieved at the beginning of the season: to shine through our leaders. This means that teammates must have a sense of sacrifice to further their results. We will trust what Nacer Bouhanni and Nairo Quintana do in Turkey.

“I am counting, therefore, on the presence of the best Arkéa-Samsic team together with them so that both obtain the best results at the end of this week of competition”, said the sporting director, Yvon Ledanois.

The extraordinary climber from Boyacá Nairo Quintana, who enjoyed a few days of rest after occupying fourth position in the general classification of the Volta a Catalunya, returns to the competition in Ottoman lands.

“I am going to discover the Tour of Turkey, but also this country. On the other hand, I have already seen the race many times on television, especially the mountain stages. The climbs are nice, long and adapt perfectly to my profile”, said Quintana in statements collected by the official website of the team.

The Arkéa Samsic leader began the 2022 season with victories in the Tour de la Provence and the Tour des Alpes-Maritimes, as well as being fifth overall in Paris-Nice.

“I hope I am in good condition and have recovered well. Unfortunately after the Volta a Catalunya I got sick. I had a fever for a few days, but now I’m fine. I hope to have a good level in this Tour of Turkey 2022, to be able to compete in the general classification”, added the beetle. Likewise, Nairo trusts in the work that his teammates can carry out. “The Arkéa-Samsic collective involved in this competition will also allow Nacer Bouhanni to play his card during the sprinter stages. Everyone will be at your service at that time. Our goal is to achieve success for the team with Nacer, but in the mountain stages I hope to shine”, concluded Quintana