Nairo Quintana vs. Chris Froome at the 2022 Tour de France 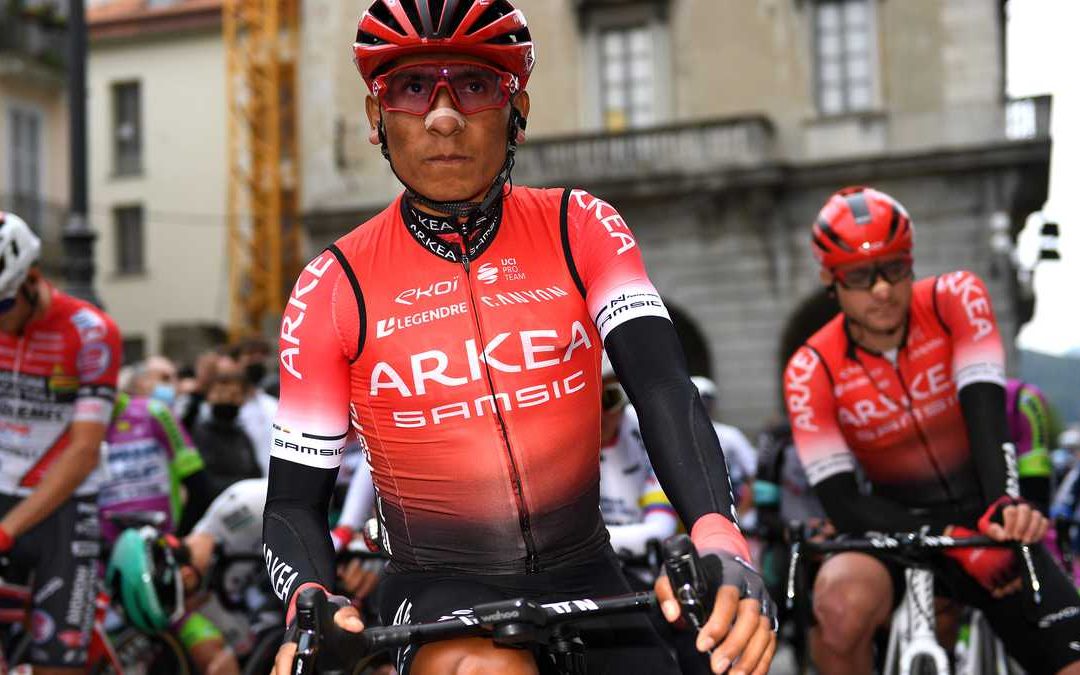 The start of the 2022 Tour de France draws near as the teams begin to reveal their eight chosen cards for the road to Paris. Primoz Roglic’s Jumbo-Visma was the first to make its list official for the most important race of the year, in which a good presentation of Colombian cyclists is expected.

The quota of the ‘beetles’ will be led by Rigoberto Urán (EF Easy-Post), Daniel Martínez (Ineos Grenadiers) and Nairo Quintana (Arkéa-Samsic), who will once again seek the only one of the three big ones that has been elusive . The problem for the Condor is that it will currently have capos of spectacular performance, added to the eternal torment of him, the British Chris Froome.

Israel Premier-Tech, a team that is fighting to stay in the top flight, confirmed on Wednesday the official roster with which it will attend the Tour. Although Jakob Fuglsang will start as the leader of the line-up, surely all the lights are on the four-time Tour champion, who returns to complete his tenth participation in history.

At the service of the defunct Team Sky, now baptized as Ineos Grenadiers, Froome maintained a hegemony on the Tour de France podium between 2012 and 2018, coinciding with the most important point in the Colombian’s career, which by then belonged to Movistar.

Nairo tried at least three times to dethrone the Briton, but his efforts were barely enough to finish second on two occasions (2013 and 2015), seeing his dream of becoming champion frustrated before the imposing figure of the Sky leader, whom few could defeat during that epoch.

The closest the boyacense was to wearing the yellow shirt on the Champs Elysées was in 2015, when the difference with respect to Froome was only 1’12”. The relationship between the two, beyond the roads, was always cordial, but it was always up in the air what would have happened if Nairo had a team as strong as that Sky made up of Geraint Thomas and Richie Porte, faithful squires of the four-time champion.

Beside Froome, Israel Premier-Tech chose Jakob Fuglsang, Michael Woods, Daryl Impey, Simon Clarke, Hugo Houle, Krists Neilands, Omer Goldstein as their Tour chips. The main objective will be to add stage victories, according to what the director himself revealed, but they do not want to neglect any possibility in the general classification or the mountain jersey.

“In this Tour, the main priority for us is to win a stage. With stage wins in the Giro d’Italia and the Vuelta a España to our name, we would like to complete the Grand Tour trifecta with a victory in France, so that is certainly our main objective to start with”, explained the General Manager of the team, Kjell Carlstrom.

Chris Froome will bring his experience in the race to boost the chances of Fuglsang and Woods, who have been strong in the last few preparatory races. “It is amazing to start my tenth Tour de France with Israel–PremierTech. I have worked exceptionally hard this year and am looking forward to giving it my all. We have a great group of riders in the line-up and we can’t wait for the battle to begin in Copenhagen.”

The directors of the Israeli squad are confident that his long career will work alongside younger riders, as it did, for example, with Egan Bernal. That is why they have taken the pressure of being the leader off him and have passed it on to a Fuglsang who has just finished third in the Tour de Suisse.

“I have been working hard to get to this point and I think my form is where it should be right now. The Tour is always unpredictable, but I am here to leave my mark on the race and not just to be another pair of legs in the group”, declared the rider from Denmark, the country where he will start the race to compete in three stages before step on French soil.