Nairo Quintana will not run the Tour of Spain 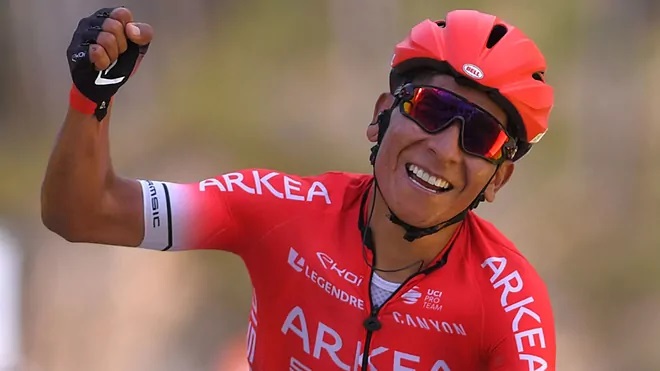 The Colombian Nairo Quintana will not see the game this Friday at the start of La Vuelta in the Netherlands. “I announce that I will not participate in the Vuelta to assert my reasons before the Court of Arbitration for Sport (CAS), I will return to the race calendar at the end of the season,” said the runner in a message sent to the media this Thursday.

The published UCI statement informing of his irregularity, published on Wednesday, changed his plans. “I found out what the media reported a few hours ago. I can only say that I will appeal to the Court of Arbitration for Sport (CAS) to prove my total surprise at the fact reported by the UCI Medical Director”, explained Nairo from Utrecht after learning that the International Cycling Union had published an adverse result of his during the last Tour de France, a few hours before the start of La Vuelta España.

As explained by the UCI itself, traces of tramadol, a prohibited substance, were found in the samples of the Colombian cyclist. “Analyses of two dried blood samples provided by the cyclist on July 8 and 13 during the 2022 Tour de France revealed the presence of tramadol and its two main metabolites.

In accordance with the UCI Medical Rules, the cyclist is disqualified from the 2022 Tour de France. This decision can be appealed before the Court of Arbitration for Sport (CAS) within the next 10 days,” the document read. , as it is a first offense, the cyclist “is not declared ineligible and therefore can participate in the competitions”, although he will not do so in this Vuelta.

His team released a statement on Wednesday offering his version. “The Arkea-Samsic team has taken note of the notification from the UCI and received by Nairo Quintana informing him of the presence of Tramadol in two dried blood samples collected during the last Tour de France”, begins the concise press release from the French team .

He recalled that note that, since March 1, 2019, the UCI medical regulations provide for the prohibition of Tramadol in competition for medical reasons.

At 32 years old, the winner of the Giro d’Italia in 2014 and La Vuelta a España 2016, in addition to two second places in the Tour, said on Tuesday that he had even been trained to fight for the podium. “This Vuelta offers 10 mountain stages and many high-altitude finishes. They are all going to be important and I am prepared to fight with the team for victories and try to get a place on the podium,” he said at a press conference. Now everything has changed.