Nairon: champion in Asturias and dreams of Tour de France 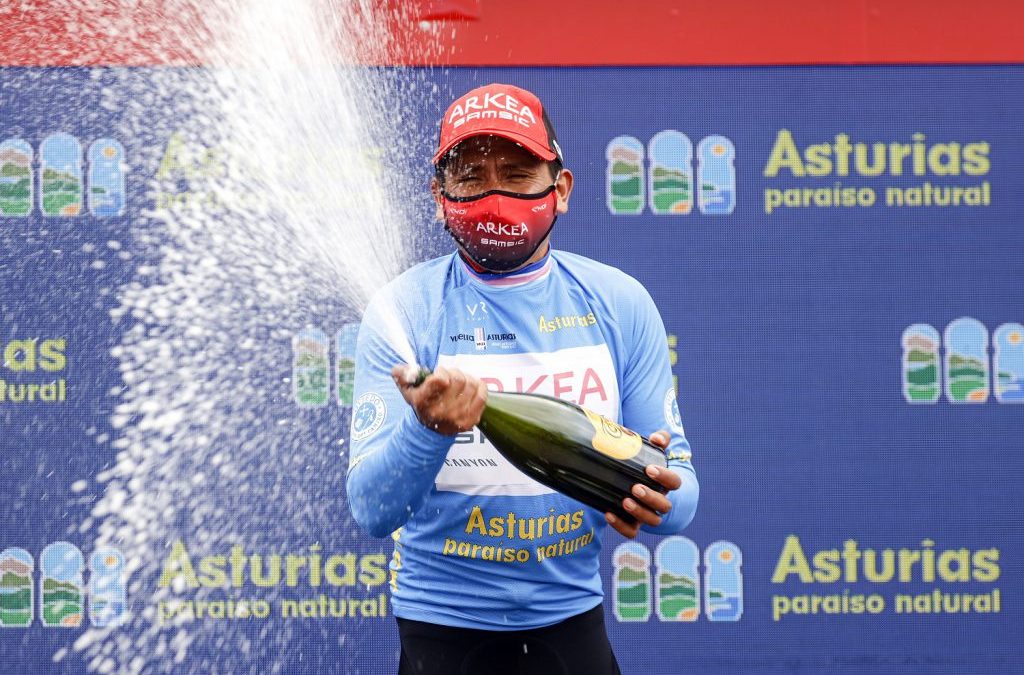 For the second time in its history, the Vuelta Ciclística a Asturias saw Colombian Nairo Quintana (Arkea Samsic) rise as champion, who declared this Sunday that “it is a great joy to win again and feel better and better after knee rehabilitation ”.

Quintana shone during all three stages of the tour, as he finished first, second and fifth, respectively. On the last Sunday day he controlled the attacks of his rivals in the mountains, specifically the Movistar Team, and confirmed that little by little he is finding his best physical and sporting level.

The winner of stage 3 was the Frenchman Pierre Latour (Total Direct Energie), who entered a few seconds ahead of another Colombian, Alejandro Osorio from Caja Rural. Nairo, after responding to all the actions, finished calmly in fifth place, 12 seconds behind the Frenchman, but without endangering his champion jersey, which he won from the first day of the race.

For the Boyacá climber this title is the first in 2021 and he valued it as very important for him and his team after having had good performances in other races such as the Tour of the Alps and the Vuelta a Catalunya. It is also the second time that he has won the Vuelta a Asturias, because a few months ago he was awarded the 2017 edition after Raúl Alarcón was sanctioned for doping.

“It went very fast, but I felt good. I am getting more and more prepared for the Tour de France,” Nairo told the media. The great goal of the Arkéa-Samsic leader this season will be to get on the podium of the French race, where he was already runner-up twice (2013 and 2015) and third (2016) once.

“Asturias is a land that has always brought me good memories, it is very special for me to be here and to win again is beautiful. She is always up to Naranco, we are very good at it and we hope to return the next time, ”added Nairo Quintana.