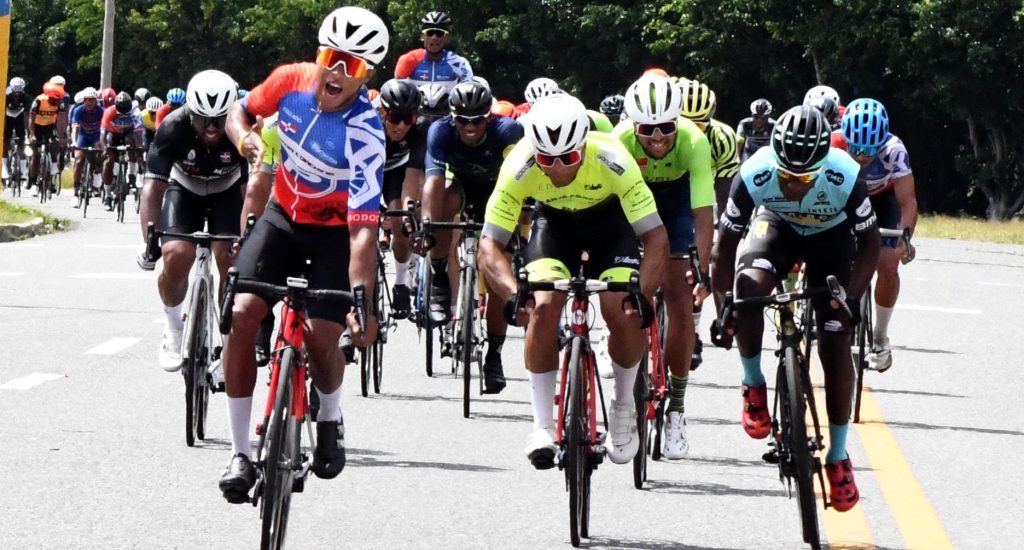 César Marte raised his arms on Tuesday as a sign of triumph in the celebration of the second stage of version 41 of the Independence Cycling Tour, an event that included the Santo Domingo-Boca Chica-Juan Dolio-San Pedro de Macorís tour with return to Santo Sunday.

Mars, a good track record rider in Dominican cycling, managed to overcome a group of several competitors, who were at the forefront of the race and finally took the best part of the day that covered a distance of 162 kilometers.

The representative of Asodoci New York traveled the long distance in time of four hours; 18 minutes and 51 seconds, in order to join Ismael Sánchez as the Dominicans who have taken over the two stages that have been carried out so far.

Mars was also followed in the race, the also wanted by Alberto Ramos, from EDA Cycling; Jesús Marte, of Inteja-Imca, with which they integrated a purely Dominican podium in the second competition.

The fourth position corresponded to Dominique Mayho, of Puerto Rico Bermuda; fifth place went to Rafael Merán, of Eda Cycling; the sixth place was held by Adrien Urcel, of Guadalupe; Edwin Morel of Moca was seventh and Clever Martínez of Asodoci NY was eighth.

After the second stage, Ismael Sánchez, of Aero Ciclyng Team remains in first place with 6:02:41, beating Colin Patterson, of Voler Factory Team for nine seconds, the third is for Reyes Acevedo, from Inteja to 22 seconds , the fourth is occupied by Kadel Hoppkins, from Puerto Rico / Bermuda 24 seconds and Clever Martínez is fifth to 25.

The fair is dedicated to the Minister of Sports, Danilo Díaz.

Intermediate Sprints  In the stage

there were three disputes of Intermediate Sprints, the first two were obtained by Ramos, which were located in Boca Chica and Juan Dolio and the third was won by Juan Carlos Merán, de la Romana. Now, Ramos leads the general of goals goals with seven points, Damiel Urcel of Team Guadalupe is second with 4, as is Deivy Capellán and Adrian Núñez.

The mountains is led by Welington Canela, of Aero Ciclyng Team with 10 points, seconded by Diego Milan with 8; Urcel is third with 6 points, and David Gaona is fourth with five.

By points and teams

Mars achieved 25 points for his success, and now ties with Sánchez in first place in that line, Dominique Mayho is second with 21 points; Patterson is third with 20 just like Alberto Ramos. Asodoci New York achieved first place in teams by traveling the distance in 12 hours: 50 minutes and 33 seconds, which surpassed Puerto Rico / Bermuda.

The second stage in the U23 was dominated by Jesús Marte, Urcel reached second place and Carlos Hernández was third. The general leader is Hopkins at 24 seconds, Steven Polanco is second at 7:30 minutes and Mars is in third place at 8:34 minutes.