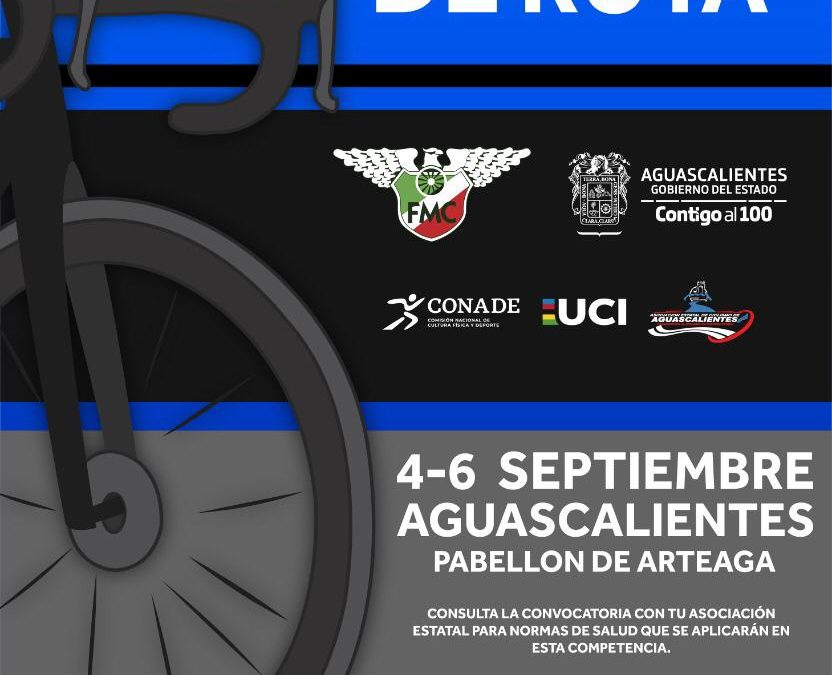 The world medalist Ignacio Prado, the Pan American champions, Gerardo Ulloa and Daniela Campuzano, and the continental medalist, Yareli Salazar, are some of the most outstanding riders who will compete this weekend in the National Road Cycling Championship, in Aguascalientes, which starts this Friday and ends on Sunday.

This is the first federated competition to be held in the country, amid the contingencies caused by the COVID-19 pandemic.

The Mexican Cycling Federation (FMC) decided to hold the event and contemplate it as an evaluation filter, heading for the World Championship to be held in Imola, Italy, from 24 to 27 this month, for which our country has a men’s place and five female.

“This National Championship was registered for the last week of June, as part of the qualifying process for the Olympic Games, but with the pandemic it had to be postponed; Later, the International Cycling Union (UCI) set a calendar and there were more viable conditions in Europe than in America, and that is why they requested that we be authorized to do so in the first week of September, pending better conditions.

“We took on the task of finding which state would have guarantees, both in terms of health and techniques to receive the event; none was on yellow and green traffic lights much less, but the State Government, through the Sports Institute and the Cycling Association of the entity, proposed to bring it to Aguascalientes ”, explained Gabriel Espinosa, technical director of the FMC.

Amid the risks of contagion, there are states that did not send representatives, and cyclists represent their professional teams.

Despite this, the FMC will hold the event, after a month and a half of preparing the logistics with more than 20 inter-institutional meetings, according to Espinosa. “All precautionary measures are going to be taken and the State Health Secretariat is taking forecasts, including in hotels, and monitoring athletes.

It is not the same situation as with professional teams that can control that its members do not socialize; here, in the transfer to headquarters and even with PCR tests there is no guarantee, precautionary measures are taken, but we are not exempt from contagion ”, he said.

Among these measures, the Organizing Committee puts banners with information on sanitary regulations. Competitors must sanitize their bicycles and wear a mouth cover on the day of the competition, until one minute before the starting shot, when the participants will take it off.

The Nacional de Ruta will have the estimated participation of 250 cyclists from 24 entities of the country; The quorum was not affected in the last two editions, because in 2019, in Tlaxcala, 218 competitors attended, and in the State of Mexico 2018 there were 280.