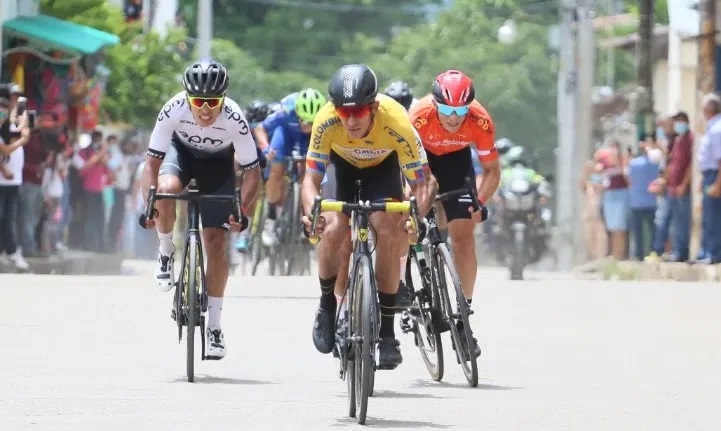 Nelson Soto (Colombia Tierra de Atletas-GW) became the first leader of the Vuelta al Tolima, with his victory this Thursday in the first fraction that took place between the towns of Buenos Aires and Chaparral over a distance of 128 kilometers.

The Barranquilla sprinter who returns to the competition after the injury suffered in the last Tour of Colombia, surpassed in a remarkable final packaging the National Champion of Route Sub 23 Esteban Guerrero and his teammate in the Colnago CM Team, Heberth Gutiérrez who entered in the third position.

“It has been a very beautiful stage, the team assumed responsibility from the beginning, we wanted to get to play the stage and take care of our leaders. I had not run for two months due to an injury and I am very happy to feel recovered and to be able to resume racing, “said the winner Nelson Soto at the end.

This Friday the second fraction that will be played again on completely flat terrain, will start from Chaparral and will conclude at the crossing of the Bogotá Variant, before the Girardot bridge, after traveling 113 kilometers.

On the other hand, in the female branch, Lilibeth Chacón (Merquimia Proyecta) took the victory in the first fraction of the Vuelta al Tolima that took place between the Cruce de El Espinal and the Variante de El Guamo over a distance of 96 kilometers and she became the first leader of the Ronda Tolima.

Guamo will be the starting point of the second stage that this Friday will have as its goal point the crossing of the Bogotá Variant, before the Girardot bridge, a journey with 40 kilometers of distance.