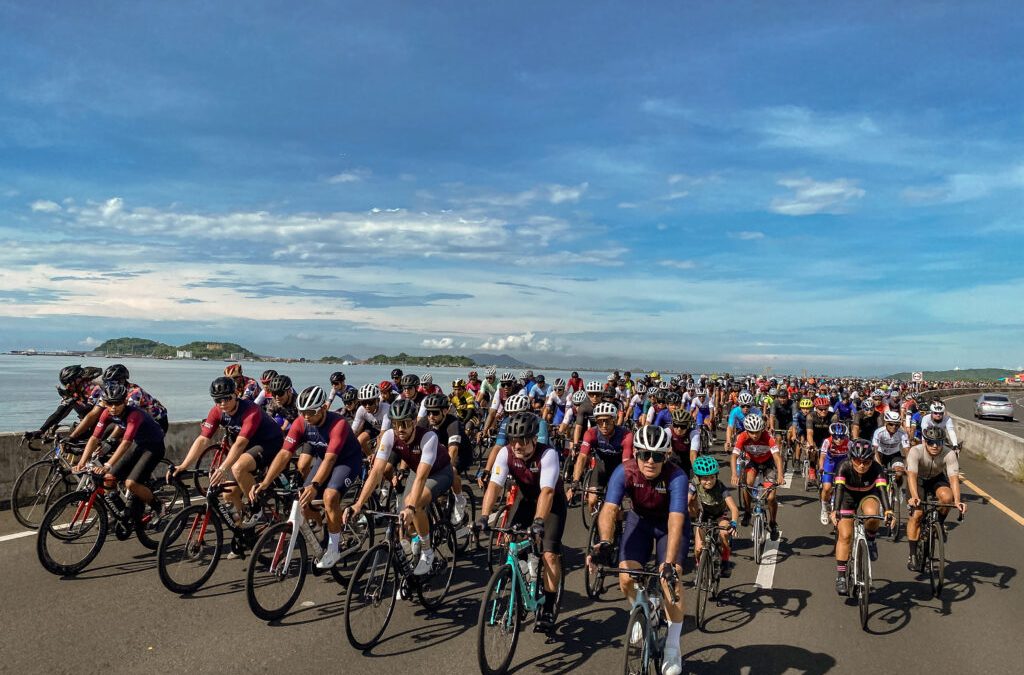 There are no words to define so many mixed feelings, Panama by Bike, Fepaci and the entire Cycling community of Panama came together showing that Cycling is Culture and Values, that it is one of the sports worldwide that contributes the most to social development and the integrity of youth.

More than 3 thousand cyclists met at the Recreovía in an event never seen before, a mixture of feelings, smiles and colors, they danced to the rhythm of Patria de Rubén Blades that mixed with the sound of the sea of ​​the Cinta Costera 1, many fans with cameras in hand to immortalize the moment in which Minister Rafael Sabonge announced the construction of the PARAÍSO – GAMBOA BICYCLE ROAD.

Among those present was the women’s team that will compete in the Vuelta Femenina a Costa Rica 2022, the Paracycling team, on its way to the Paralympic World Cup in Canada, and the men’s team that returns to Panama with a bronze medal after the Valledupar 2022 Bolivarian Games. .

A formal act began the event, with the words of Mr. Vicente Carretero, president of Panama By Bike, officially inaugurating the NEW CYCLING ZONE fully signposted, in order to safeguard the life of the cyclist, educating the other actors on the road public, followed by Engineer Sabonge, who gave the announcement of the PARAÍSO – GAMBOA BICYCLE ROUTE project, among others that form an important part of Cycling in Panama.

Without a doubt, cycling has become the sport of Panamanians, both in terms of lifestyle and high-performance sport, without missing urban cyclists, cycle tourists, mountain bikers who joined a memorable day for this sport.

“I am very happy with what happened today, this amount of people pedaling, all together as one team. We inaugurated the new cycling area, fully signposted, there were more than 400 signs that we installed with the help of all lovers of this sport. In addition, make the new Paraíso – Gamboa bike path official, a space that will be exclusively for cyclists. Today was a special day. “added Vicente Carretero.

Also present were groups from Herrera, Colón and other provinces of the country; Vicente Carretero gave special recognition to the coaches: Irving Martínez, Francisco González and Carlos Harrigan for their great work and career in training cyclists, likewise the adapted cycling team took to the main stage, who received significant support for his next participation in the Paralympic World Championships in Canada.

What a great moment national cycling is experiencing, and what great growth at all levels, both sports and recreational.

The message is clear, we can share the streets, and we must continue betting on the good coexistence between cars and cyclists.

CYCLING WE ARE ALL!