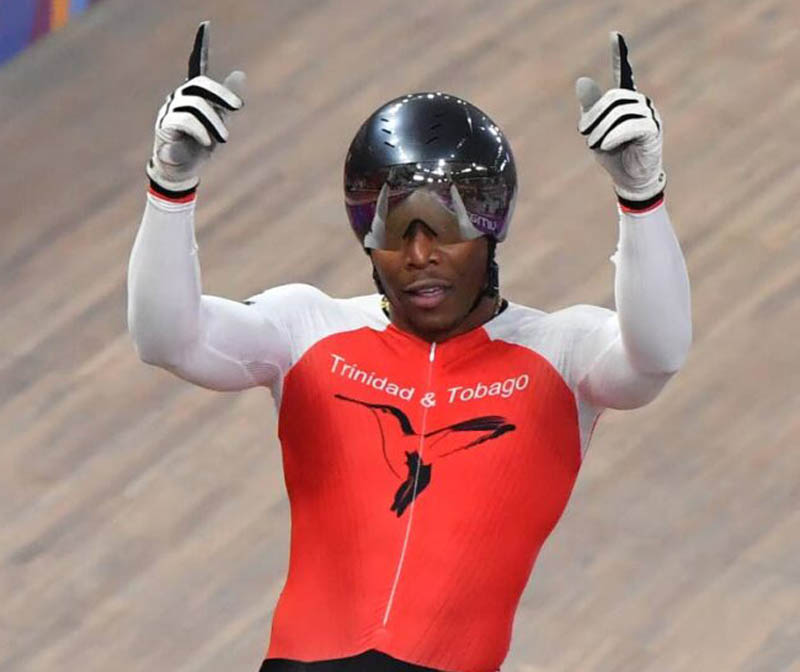 Olympian Nicholas Paul returns to competitive action, for the first time in 2022, at the International Cycling Union (UCI) Nations Cup in Glasgow, Scotland from April 21-24.

Since his Olympic debut in Tokyo last year, Paul returned to his World Cycling Centre base in Switzerland and continues to put in time on the track in anticipation of another bumper year of events. Paul trains under the expert guidance of UCI coach Craig McLean.

“Everything is good so far. I wouldn’t say I’m focusing on any one thing in particular but for every cyclist, you want to get stronger, faster and be technically sound on the bike when racing. That’s the three aspects I’m working on right now. It’s just to keep on the gas every day to continue making improvements,” he said.

He expects to feature in at least one of two other Nations Cup legs, in Milton, Canada or Cali, Colombia.

However, the sprint cyclist has placed heavy emphasis on qualifying for and competing at the Commonwealth Games which gets underway in Birmingham, England from July 28 to August 8.

Paul, who’s the current world record holder in the men’s flying 200m (9.1 seconds) event, competed at the 2018 Commonwealth Games and had mixed results.

He was sixth, with Njisane Phillip, Kwesi Browne and Keron Bramble, in the team sprint, ninth in the 1000 metre time trial, 13th in the keirin and 14th in his pet event, individual sprint. Paul hopes to churn out better results this time around, once qualified.

“Commonwealth is one of my big goals for this year as well, qualifying and going out to represent TT and gain medals there. That is another goal (medals). After Commonwealth, it would be the World Championships, so that’s how my year looks so far, as for plans,” he added.

Having spent so much time at the World Cycling Centre over the past three years, Paul now dubs the venue his “second home”.

When asked what keeps him motivated while spending so much time away from home, the speedster replied, “I trust in God; that keeps me going. Family and friends’ support keeps me motivated. Keeping in contact with them and the motivation that they give me and my drive to keep reppin’ TT.”

He also sent well wishes to the locally-based cycling contingent on their welcomed lift in covid19 restrictions from the government, which now allows for domestic competition to take place.

“At least the chance is there now, (for local riders) to go out and race and be a little more free. It was all for a period of time so we all had to work with it and be safe. I am happy it’s (domestic cycling) now reaching back to a normal stage,” he closed.